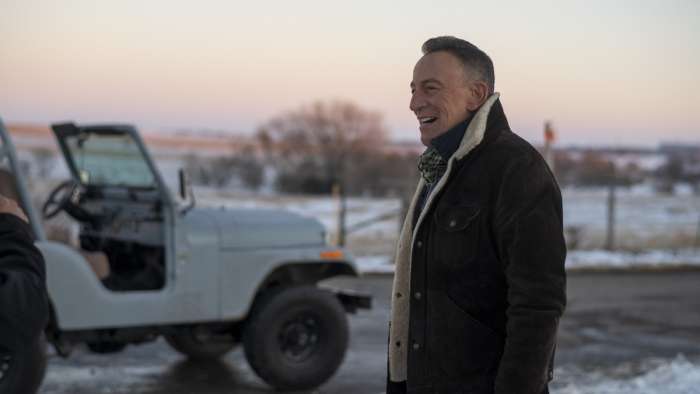 Jeep has enlisted the help of rock superstar Bruce Springsteen to send a message calling for unity during the Super Bowl.
Advertisement

After one of the most bitter presidential elections in years, Jeep is taking the high road for Super Bowl LV. The brand that is well known for popular models like the 2021 Jeep Wrangler is calling for unity and using American rock icon Bruce Springsteen to do it.

Springsteen is best known for his smash hit “Born in the USA”. The Jeep brand is uniquely American. Jeep’s two-minute advertisement, called “The Middle” has Springsteen asking Americans to meet in the middle. It focuses on a chapel in Lebanon, Kansas, which is the geographical center of the lower 48 states.

The script includes this call for unity.

It’s no secret …
The middle has been a hard place to get to lately.
Between red and blue.
Between servant and citizen.
Between our freedom and our fear.
Now, fear has never been the best of who we are.
And as for freedom, it’s not the property of just the fortunate few; it belongs to us all.
Whoever you are,
wherever you’re from.
It’s what connects us.
And we need that connection. We need the middle.

To me, the ad is reminiscent of the one that Ram did using Paul Harvey’s description of “The Farmer”. That ad highlighted the importance of the people who are tremendously hard-working and keep America fed.

Stellantis is continuing the Chrysler tradition of running “big-picture” or inspirational messages during the Super Bowl.

"From 'Imported from Detroit' and 'Halftime in America' to 'Farmer,' and most recently 'Groundhog Day,' we have looked at making meaningful and emotional connections with millions of viewers, with cultural relevancy at the core of our communication," said Olivier Francois, Global Chief Marketing Officer, Stellantis. “'The Middle' is a celebration of the Jeep brand’s 80-year anniversary and, more timely, it is a call to all Americans to come together and seek common ground as we look collectively to the road ahead.”

Added Francois, “Bruce Springsteen was instrumental in crafting this joint message. His experiences and perspective have often been called upon to bridge a divide. Now seems to be a time when a message like this is greatly needed.”

Tesla-Funded Research Reveals One of The Biggest Mysteries of EV Battery
Tesla Tesla Buyer Nets a Whopping $12,000 Discount After Asking for Reduction
END_OF_DOCUMENT_TOKEN_TO_BE_REPLACED