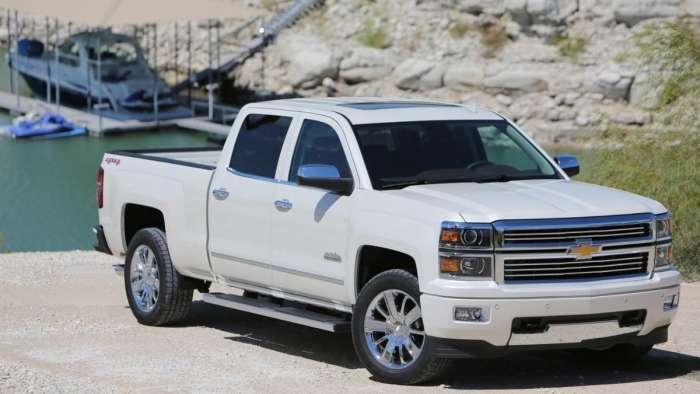 GM Recalling Some 2015-2016 Chevy and GMC Pickups Because Side Airbags Can Explode.

A problem with the roof-rail or side airbags can cause them to explode unexpectedly.
Advertisement

What is Causing the Recall

GM is concerned that the upper side airbags, also called roof-rail airbags can go off even if there isn’t a crash. Last month, three different vehicles had the airbags explode while no one was inside. Luckily, no one was injured. One of the trucks was in Florida, two others happened in Texas. While all three were 2015 Silverados, GM is concerned the problem could affect the GMCs as well, because they contain the same airbags. GM determined that the cause is corrosion inside the inflator caused by moisture introduced during manufacturing and aggravated by hot temperatures. According to the Associated Press, the inflators were made in Mexico by Joyson Safety Systems.

This airbag recall affects 410,019 trucks. Dealers will replace the left and right side roof-rail airbag modules, free of charge. The NHTSA campaign number for this recall is 21V504000. GM’s number for this recall is N202324251. GM will send letters to owners in August notifying them of the recall. However, it may take some time before parts are widely available to fix the airbags. Owners who are concerned may contact Chevrolet customer service at 800-222-1020 or GMC customer service at 888-988-7267.

A small number of the same trucks were recalled late last year for the same problem.