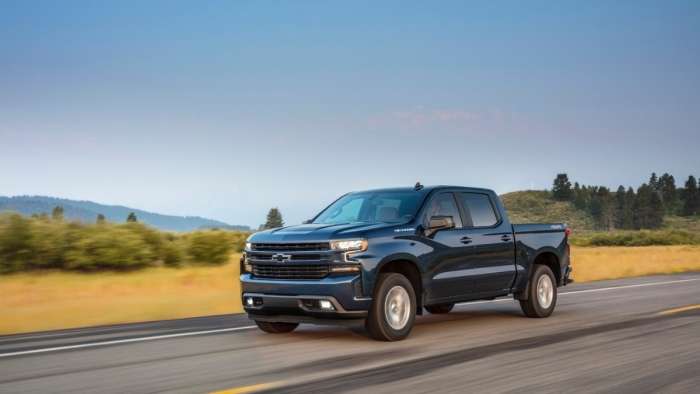 The shortage of semiconductor chips is forcing Chevrolet to cancel some overtime production of Chevrolet's most important trucks.
Advertisement

All of the automakers have been doing a balancing act as they try to manage the shortage of semiconductor chips. The chips have been in short supply since last fall, but the shortfall has reached a critical stage. General Motors is now cancelling the weekend overtime shifts at the Fort Wayne Assembly plant that builds the full-size 2021 Chevrolet Silverado 1500, as well as the weekend overtime shifts at the Flint Assembly plant that builds the heavy-duty Silverados. The same plants also build the GMC Sierra full-size and heavy-duty trucks.

Executives from the Detroit Three are scheduled to meet with White House officials next week to discuss the semiconductor chip shortage. There is a huge concern that the shortage will slow the economic recovery and do lasting damage to the automotive industry that is struggling to recover from the pandemic shutdowns. Many want more of the semiconductor chips to be produced in America, so the U.S. isn’t so reliant on Asian companies.

Potential buyers are already having trouble finding the vehicles, especially large SUVs and trucks, with all the bells and whistles that they want. Some are waiting to find the vehicle they want while others are choosing cheaper vehicles without all the features they would otherwise buy.

The Associated Press is reporting that the auto industry stands to lose up to $60 billion in sales during the first half of the year because of the chip shortages. GM’s Chairman and CEO Mary Barra said earlier this year that GM could lose $2 billion because of the shortage.

General Motors was already taking creative steps to sidestep the chip shortage issue, such as building some of its trucks without fuel saving modules until more of the chips become available. The automaker has shut down or slowed production at its plants that make vehicles that aren’t in as high of demand as the trucks and large SUVs, trying to conserve the chips for the hottest selling vehicles.

The chips are in short supply because they are high demand. The computer chips are needed to power all of the new electronics in new vehicles, which are often described as computers on wheels. The chips also enable computing power for all of the personal electronics, everything from phones to laptops. The pandemic spurred huge demand for computers, phones and video games as people were forced to work and attend school remotely.

The chip shortages are also affecting production at the other large vehicle manufacturers like Ford and Stellantis. General Motors confirmed today that it is cancelling most of its summer changeover closures, as it tries to make up for lost production. Ford, also says its is planning to work through its usual summer closures to catch up. Stellantis is not yet commenting on its typical summer shutdowns.