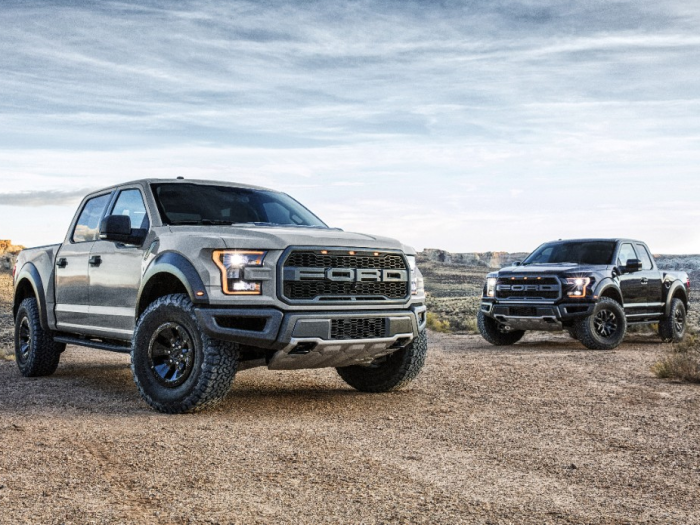 Ford announced the new program for Raptor buyers while auctioning a one-of-a-kind 2017 Raptor at Barrett-Jackson, in Scottsdale.
Advertisement

The Barrett-Jackson auction in Scottsdale, Arizona, is known for bringing in big money for significant vehicles. This week-end was no different, but it also broke some fun news for Ford Raptor lovers.

Ford President and CEO Mark Fields was on hand as they auctioned the opportunity to get the last 2017 Ford Raptor that will be built. The vehicle will have a distinctive one-of-one VIN number and the buyer can choose their own unique color scheme. The vehicle sold for $157,000, and an anonymous donor added another $50,000. All of the proceeds will go to the Juvenile Diabetes Research Foundation.

Olympic champion swimmer Michael Phelps was also on the stage during the auction of the 2017 Ford Raptor.

In a statement, Jim Owens, from Ford Performance said, “The new 2017 Ford F-150 Raptor is by far the most off-road-capable vehicle on the market today, boasting some of the best performance technology to come from Ford. Raptor serves as a testament to our passion for creating vehicles that are designed to tackle the toughest obstacles on earth.”

While at the auction, Mark Fields also announced the creation of a new extreme driving class,called "Raptor Assault" available to buyers of any 2017 Ford Raptor. According to Ford, “All 2017 F-150 Raptor buyers will have the opportunity to attend the program at Ford Performance Racing School starting in April. While customers are responsible for transportation and lodging, Ford will offer the one-day course for free. Attendees will receive instruction in off-road driving techniques including rock crawling, as well as other driving skills.”

The Ford Performance Racing School already offers some Mustang buyers the opportunity to learn racing skills from professional drivers at the track.

Ford has auctioned a number of unique vehicles, at Barrett-Jackson over the years, with the proceeds benefitting JDRF. Last year, Ford auctioned a one-of-a-kind Focus RS.