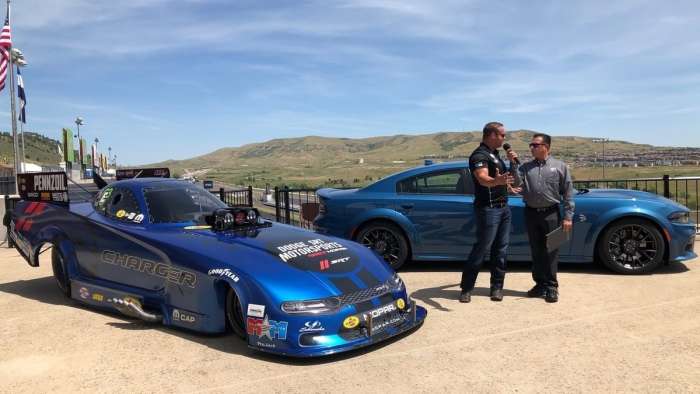 With a phenomenal rating of 11,000 horsepower, the Funny Car will go 330 MPH in under 4 seconds. Hagan expects fans to feel the passion of racing. Hagan says “the graphics really mimic the flared appearance of the Charger Widebody, and I think fans are going to dig the look.”

Hagan told the media gathered at the Bandimere Speedway, in Morrison, Colorado, that he owns a 1969 Dodge Dart and he understands that fans love Dodge because “They want to buy a performance car and run it on the street!”

Kevin Hellman, who manages the Dodge Brand, was also on hand for the unveiling. He agrees that “Fans relate to the vehicles on the track.” Hellman pointed out the 2020 Dodge Charger SRT Hellcat Widebody next to the funny car. Hellman says “Charger drivers have an emotional connection to the race cars. They say, I may not have 11,000 horsepower but I have 707 horsepower and I’m still king of the streets.”

Hagan is hoping to get his first win at Bandimere this year. Hagan says, “Last year, I had the honor of debuting the Mopar Dodge Charger SRT Hellcat Funny Car body, it’s cool to be able to follow that up this year by revealing the new Widebody.” 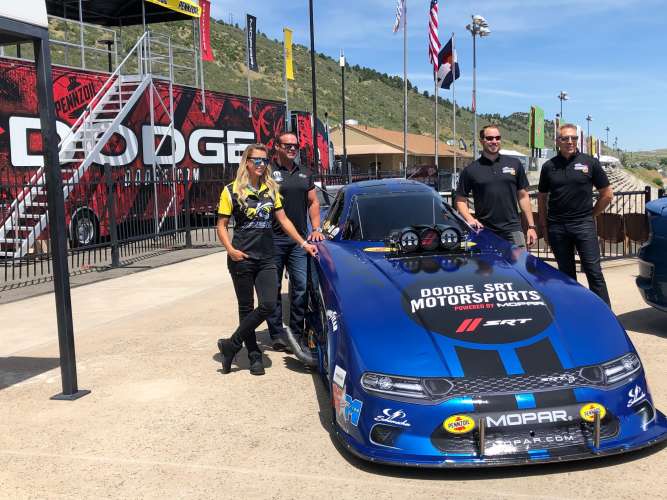