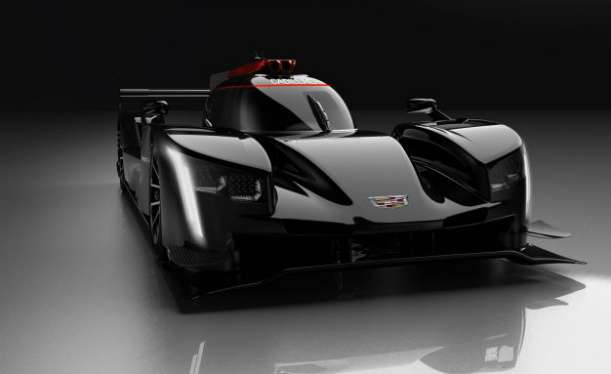 Racing superstar Jeff Gordon announced on his website that he will be one of the drivers when the all new Cadillac DPi-V.R takes to the track for the 2017 Rolex 24.
Advertisement

Just one day after Cadillac announced its beautiful new DPi-V.R race car, racing legend Jeff Gordon told his fans that he is coming out of retirement to drive the supercar in its first race, the 2017 Rolex 24 at Daytona. Gordon made the announcement on his website, JeffGordon.com. Gordon was part of the driver lineup when Wayne Taylor Racing (WTR) competed in its very first race in 2007. He is returning to join full-time co-drivers of the all-new No. 10 Konica Minolta Cadillac DPi-V.R, Ricky and Jordan Taylor and veteran Italian Max “The Ax” Angelelli.

“I really enjoyed racing in the 24 Hours of Daytona in 2007 with Max, Wayne and Jan,” said Gordon, now an analyst during NASCAR on FOX broadcasts. “When I announced I would no longer be competing full-time in the NASCAR Sprint Cup Series, my hope was that I would get an opportunity like this to compete again in such a prestigious event – with Konica Minolta and Wayne Taylor Racing.”

“We are excited to have Jeff back in the lineup with us for the 2017 Rolex 24,” Taylor said. “He was with us when we started this race team back in 2007 and he helped us finish on the podium. We have kept in close touch ever since and have always been looking for another opportunity to have him join our driver lineup. That opportunity is finally here after his retirement from full-time competition in NASCAR and we are very much looking forward to working with him again.”

The engineers for the Cadillac DPI-V.R kept the design top secret as they were building Cadillac’s entry into the 2017 IMSA WeatherTech SportsCar Championship series. It will compete in the new Daytona Prototype international class.

“Cadillac is proud to return to the pinnacle of prototype racing in North America after a 14-year absence,” said Johan de Nysschen, president of Cadillac. The Dpi-V.R is intended to highlight the Cadillac V-Performance production models — the ATS-V and CTS-V.

We’ll get our first chance to see the new Cadillac DPi-V.R in action on December 13 and 14, when it takes to the Daytona track for testing. It is scheduled to actually compete in the 55th Rolex 24 at Daytona on January 28 and 29, 2017.