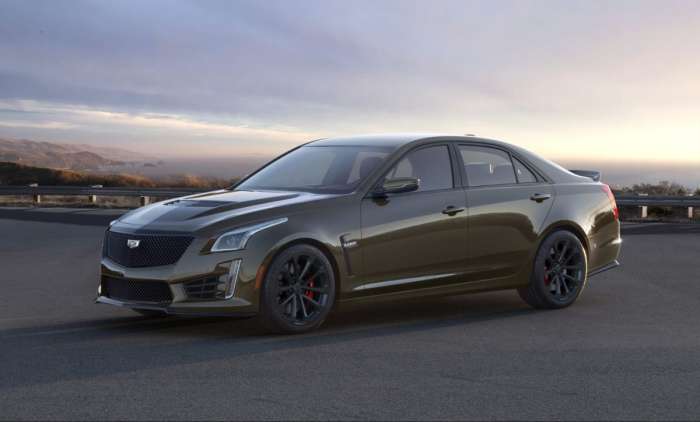 Cadillac is celebrating the 15th anniversary of the special V-Series Cadillacs with a super-exclusive version. Only 300 of the vehicles will be produced.
Advertisement

To commemorate the 15 successful years of V-Series, Cadillac will produce the Pedestal versions in the exclusive color called Bronze Sand Metallic. The limited-editions will be sold in the U.S., Canada and the Middle East.

The Cadillac V-series first debuted in 2004, and signaled Cadillac’s commitment to leading General Motors in performance and luxury.

In 2008, the second-generation CTS-V used its 556 horsepower engine to set a then-record lap time for sedans of 7:59.32 on the famous Nürburgring race track in Germany.

In 2017, Cadillac re-enters the world of professional endurance prototype sports car racing with the Cadillac DPi-V.R in the IMSA series, securing the brand’s first-ever Manufacturer Championship in the sport.

There is another really cool perk for buying a 2019 Cadillac ATS-V and CTS-V model. Cadillac will teach you how to handle all that horsepower. The purchase price includes tuition and luxury accommodations at the 2-day Cadillac V-Performance Academy at Spring Mountain.

You can compare the new Cadillac to other high-end performance models here.