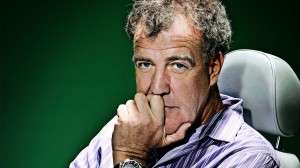 Could Netflix Be First in Line for Top Gear's Jeremy Clarkson?

Say it isn't so! With the rumors swirling that Jezza will be fired, can Top Gear UK survive without its brash presenter?
Advertisement

Following up on an earlier story from last week, Jeremy Clarkson is said to be on the chopping block with an announcement coming from the BBC tomorrow. After an investigation into a physical confrontation between Clarkson and Top Gear producer Oisin Tymon, the Director General of the BBC, Lord Hall is set to make the declaration on Wednesday.

The 54 year old Clarkson, who along with fellow Top Gear presenters, James May and Richard Hammond were in the final year of their contracts for the highly rated automotive show with the BBC. Jezza was already warned of certain controversial acts and rumors of racism prior to the start of the year as a final warning. The “fracas,” as it was described by the BBC, was the final nail in the coffin for the popular host.

There are reports from The Telegraph out of Britain that Radio 2 host Chris Evans, who has denied reports he was interested in the position, is still said to be courted to replace Clarkson. A big car enthusiast, Evans is said to have one of the largest and most valuable car collections in the UK.

The biggest news will be whether or not the trio of Clarkson, Hammond and May will stick together on a new network or will the duo of Hammond and May accept a new broadcaster into their presenting circle. The BBC has been adamant that Top Gear UK will continue to air on BBC2, but what that presenting cast will look like is in doubt.

As I stated in a previous commentary, Top Gear UK doesn’t work without the three men who have created an empire that generates in excess of over $74 million a year for the network. Both Hammond and May have already been reported to have refused to tape further episodes without Clarkson, so this very well could be the end of the road of Top Gear UK as we know it. It is a sad day in automotive television, but all may not be lost. There are rumblings that Netflix may be courting the trio to establish a new program on their growing network. Depending on the allegiances of Hammond and May, a new adaptation of the popular threesome may materialize in prime time yet.

Tesla Contemplates A New Strategy for China Retail even As Sales Boom
Jay Leno on Elon Musk & EVs: “I Think He Should Get ... Credit"
END_OF_DOCUMENT_TOKEN_TO_BE_REPLACED