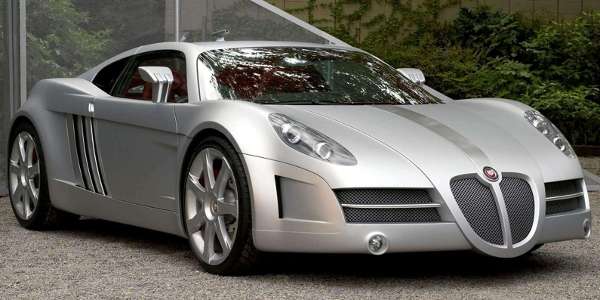 What do you want to see from Jaguar in the future?

Automotive consumers can be very vocal when it comes to letting us know what they think about the newest vehicles, so what would you like to see Jaguar do in the future?
Advertisement

As soon as the articles and news updates hit social media, consumers began a barrage of comments either positive or negative about the newest Jaguars. So many loyal fans of the Jaguar brand were willing to pour out their feelings over the new vehicle lineup, some loved the new F-Pace and some hated it. The majority of the feedback coming from the fans is negative toward the nameplate Jaguar chose for their all-new crossover. Rumors are that the F-Pace was almost named the X-Type and we have to wonder if that would have been received better. It seems that the focus was more about the name they picked, missing the fact that it was the first crossover from Jaguar and was packed with innovative technology and amazing performance.

Speaking of a crossover, don’t call it an SUV (Sport Utility Vehicle) even though that’s what it is, because Jaguar wants to call it a crossover vehicle. Either way it’s all-new and while fans are arguing about the name, they overlooked the ground breaking new features it has and the high-tech gadgets that will cause you to look twice at this much-anticipated new 4x4 vehicle from Jaguar.

Let’s also talk about the fact that Jaguar decided to finally enter the crossover market, which leads to another large portion of negative feedback toward Jaguar. Fans are not happy that they would launch this vehicle and compete against the Audi, Volvo, Lexus, and BMW crossovers. Numerous comments said that it just did not fit the Jaguar and that it cheapens the brand and its iconic history.

Considering all the media buzz and negative comments, we have to ask the question “What would you like to see Jaguar do in the future?” The rumors of a “Super” F-Type have many fans buzzing and talks of a diesel or hybrid Jaguar capable of over 50 mpg peaks our interest, but how likely are we to see either of those? With the recent release of the new Ford GT “Supercar” it makes me wonder if we might see Jaguar build a “Supercar” like the Hybrid C-X75 Concept shown at the 2010 Paris Auto show to compete with the others. If they put that car into production, it would most assuredly be a show stopper and you will see loyal Jaguar fans line up to buy one.

Let’s keep dreaming and hope that Jaguar pushes the limits of what we all know they are capable of. The next three years will be fun to watch as they continue to raise the bar for performance, innovation, and styling.