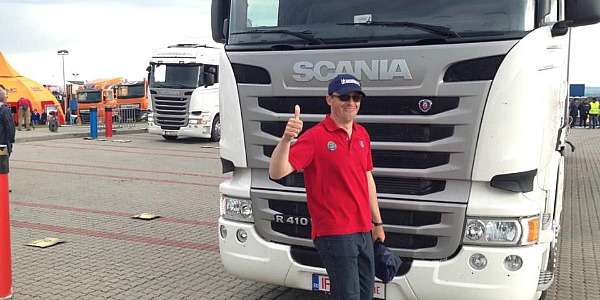 The deal fell short the first time around, but with a deadline extension on VWs cash offer on Scania shares, Volkswagen feels all parties are walking away with a good deal.
Advertisement

After being rejected by several smaller stockholders and not reaching its requirement of more than 90% of all shares by the April 25 deadline, Volkswagen has now reached an agreement with shareholders to tender enough shares of Scania to Volkswagen to call the deal fulfilled.

We are pleased that Scania shareholders accepted our highly attractive offer to the necessary extent. This is good news for the Volkswagen Group as a whole, as we can now take the next logical and consistent step in our strategy to strengthen the operational integration between Scania, MAN and Volkswagen Commercial Vehicles to create a leading commercial vehicles group. The success of the offer is also good news for Scania, as the company will be a core element of the integrated commercial vehicles group which will open up new opportunities for all parties involved. Not least, it is good news for Scania’s employees, as our agreement with Scania trade unions to safeguard jobs and locations in Sweden will now come into effect and will be implemented swiftly.

Volkswagen will initiate compulsory acquisition of the remaining shares in Scania as well as promote a delisting of Scania’s shares from NASDAQ OMX Stockholm.