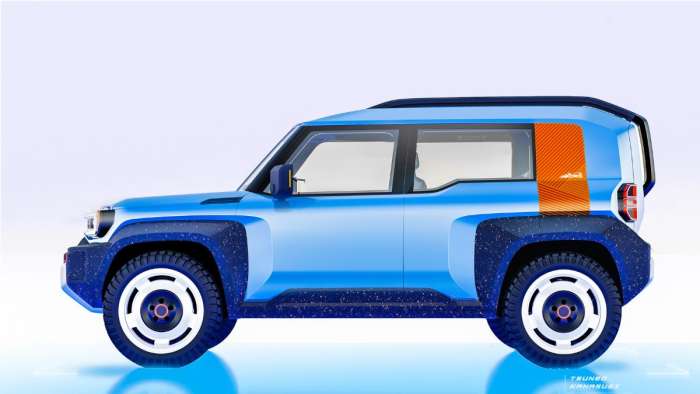 Lat year’s EV Compact Cruiser by Toyota left a lot of us in question. After wining concept design of the year, it’s time to get into deeper details.
Advertisement

Lat year in December, Toyota unveiled a concept car which they called the EV Compact Cruiser. While taking design imprecation from the late FJ Cruiser, it looks like a compacted Ford Bronco in my opinion with all the geometric shapes and no curves whatsoever. Design wise, this concept looks really nice, and I feel like it would succeed in places where a nice off-roader was once loved.

For instance, in one of the press photos there was a rendering of the EV Compact Cruiser on the beach with a few surf boards on the roof. But taking into consideration the range or the price of the EV Compact Crusier, could this be a great buy? Well Toyota has not released any sort of information about this concept. Just recently it was awarded concept design of the year so I speculate that we could see some fan information.

This would definitely be a competitor to the 2 door Ford Bronco which is having massive success (except for engines blowing up). The Bronco starts around $30,000 which market adjusted by dealers is around 35-40 for the 2-dorr. I hope that the EV Compact Cruiser’s price would also be around that price range, hopefully less. 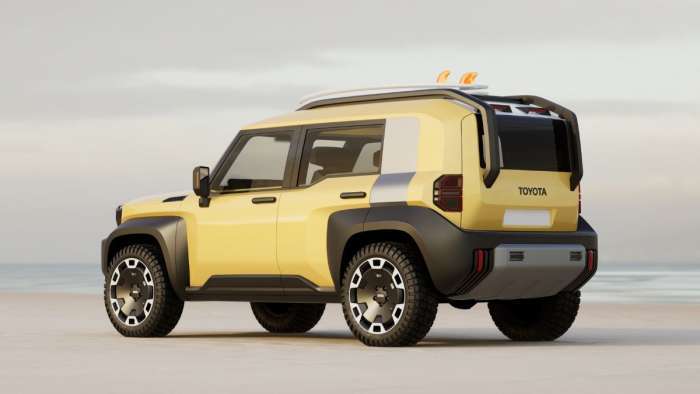 The real question here is who would buy this. A soccer mom with 3 kids? A surfer in LA who wants to be eco-friendly. Maybe the nerd in high school who made it big on stocks. This concept is so demographically friendly that almost anyone could be seen driving this. Highschool football star, soccer mom, vegan surfer, you name it. The Toyota EV Compact Cruiser looks cuddly, yet it sends a message of “I’m here and I’m serious.”

No numbers have been released and as of, yet the only pictures are computer renderings and what photographers took at the auto show. However, I hope that this EV Compact Cruiser would ride on the bZ4X’s drivetrain. So far reviews of the bZ4X have been good and I hope to see that more EVs come out of Toyota.

They perfected the hybrid, the plug-in hybrid, and the efficient ICE. But now, I think that Toyota is finally starting to see that there is a pretty major market out there for the EV versions of cars that we never had as an EV. For Instance, the first EVs were either mini sedans or goofy looking hatches. But now we have almost every genre of car in an EV. Pickup, sports car, sedan, SUV, etc.

What do you think? Would you hope on the hype train of this car? Let us know in the comments below.