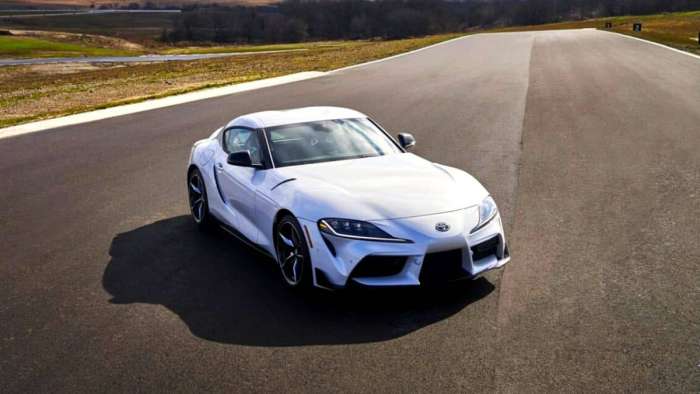 Toyota Prepares a GRMN Supra With a BMW M3 Engine

Toyota is turning to the parts bin again as it sets to debut a Supra unlike no other, with an amazing horsepower and BMW M3 engine.
Advertisement

Spyder7, a Japanese news website, recently published an article saying, “Toyota is currently believed to be developing the "GRMN" version, which is the strongest model of the 2-door sports car GR Supra.” Spyder also reported that the “GRMN” version is set to use a 540hp M3 engine from BMW.

While the rumor that the 2023 Toyota Supra will have a version with an M3 engine is still unconfirmed by Toyota, It is set to debut the news in early 2023. Again, this is based on rumors, but I think it is something that Toyota would do. Remember that when the new Supra came out, people hated the fact that it used a BMW engine and not a Japanese one. Perhaps this is Toyota trying to prove that a 540hp BMW engine in a lighter sports coupe could be fun to drive.

Also, according to Spyder7, the GRMN Supra will have a huge vent on the hood for better airflow and enhanced cooling. All the active aero body parts like the wing, skirts, and front and rear diffuser are going to be made of carbon fiber. 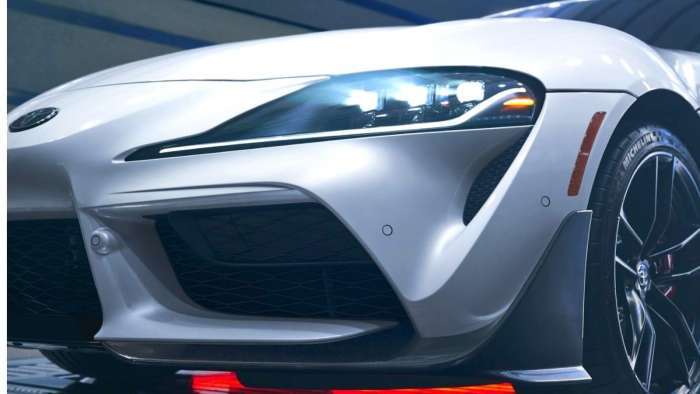 The GRMN Supra will have the 6-cylinder M3 turbo engine paired with a 7-speed Dual Clutch Transmission. It is said to be RWD but there also may be an AWD drivetrain as well. The large grill on the bottom of the bumper, paired with the turbo and vent on the hood will be pushing out an extreme amount of power. Spyder7 said it's predicted to start around $80,000.

I have mixed feelings about the GRMN Supra, I think it looks nice however I don’t know if this is something people would buy. For 80k, you could get a better sports car with better HP and styling. The thing is, I was never a fan of the new supra, to begin with. Yes, it looks cool, and it handles well but it’s kind of like the Mustang Mach-E. Why take a legendary name and add something to it to change the perspective? For instance, I loved the Mach-E, but I would love it more if it wasn’t a mustang. It isn’t a mustang in a sense. Just like the Supra right now, it isn’t a Supra, it’s a Supra with a BMW.

While 540HP out of a sports coupe sounds fun, I wouldn’t want it out of a Supra. To be honest, I would be more inclined to buy an electric Supra instead of the GRMN Supra. I am not a fan of car companies changing the narrative of their cars to either cut costs or appeal to a new group. Almost every kid that liked the old Supra is either hopping on the bandwagon to like the new one even though they don’t like it or they don’t like it period. Also, remember this si GR we are talking about, I am honestly disappointed that GR couldn't manufacture a good Toyota engine and instead chose to use a BMW engine.

What do you think? Would you buy the GRMN Supra? Do you like the new Supra in general? Let us know in the comment section below.