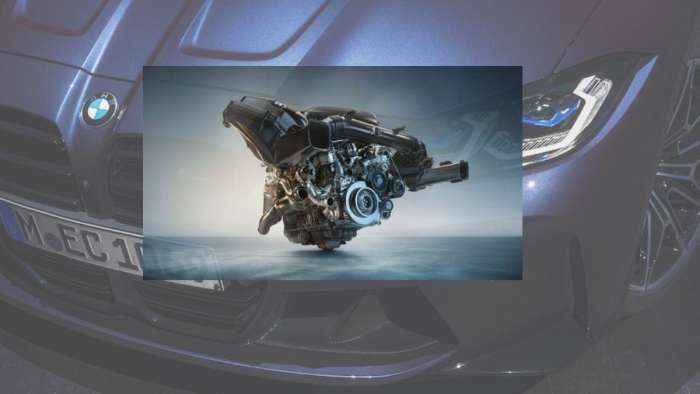 Insight into BMW's G80 M3 Engine. What Made It So Good?

The idea of combining commuter convenience and sports car enjoyment has always been fascinating. Many tried, few did it as well as BMW with their M3. Every single model from 1986 had been well-received by the motoring public. The new G80, released in 2020, was the biggest, heaviest, but at the same time fastest. It even had better fuel consumption than the previous F80 M3. Now, while driving dynamics are subjective, engine performance is not. And these facts point to a superb powerplant within.
Advertisement

So what made the G80 M3 engine so special?

Despite similar specifications, the S58 engine was actually a completely different engine to the S55. It featured many of the design updates from BMW's latest generation engines, plus some specific performance-oriented developments.

Although highly praised for its power output & delivery, the old S55 had recurring issues of timing chain sprocket shifting slightly from its supposed position in relation to the crankshaft, putting the valve actuation timing off. On the new S58, the timing chain sprocket was machined directly on the crankshaft, and put at the back of the engine, away from the accessory pulley at the front that drove the alternator, water pump, and A/C compressor. This had the added benefit of putting the valvetrain actuating mechanisms at the back of the engine, therefore shifting the engine's center of gravity further back for better vehicle weight distribution.

The specifications-minded would have already noticed that the new M3 had 473 HP, a decent hike compared to the previous one's 425 HP. The question is, how was this accomplished?

Peak torque was at 2600 rpm, a bit higher than F80 M3's 1850 rpm. But the actual number was bigger, 442 lb-ft vs 406 lb-ft. What's interesting was the compression ratio, 9.3:1, down from 10.2:1. All this seemed to point at slightly larger turbochargers, which were run at a touch higher boost pressure. Lowering the compression ratio was most likely done to maintain consistency and reliability while operating at the aforementioned higher boost pressure, while on pump gas with varying quality.

Also curious is the fact that the new S58 engine was equipped with smaller diameter intake valves, 30.1 mm compared to 32 mm on the last M3. That was a significant reduction, and quite remarkable considering the performance gain. BMW seemed to offset that with a higher duration intake camshaft, 273.5 degrees, up from 255. The size reduction was most likely done to reduce intake valve weight, which consequently lowered the required valve spring tension, allowing for the use of softer intake valve springs. The net effect was reduced parasitic loss (less power was consumed to push the intake valves open).

BMW seemed to prepare the new M3 for extra reliability at the racetrack. The way the oiling system was set up reflected this assumption. Gone were the previous trick variable volume vane pump, to make space for two extra suction pumps at different positions in the oil pan. This was done to minimize the risk of oil starvation during long high-g braking and cornering, which moved & sloshed oil around. Not ideal if oil was drawn from only one point in the pan. The main oil pump that replaced said vane pump was also a piece of superb engineering. Simple, compact, high flowing, and managed to retain the variable volume feature of the previous generation, it was a pair of spur gear pump, with one of the gears able to slide along its rotational axis. This would alter the length of gear mesh, which varied the oil volume being pumped.

Another improvement was in the area of the fuel injection system. The new M3 was utilizing the latest generation direct injection system (meaning fuel was sprayed directly to the combustion chamber, a la diesel), capable of 350 bar (5000 psi) of fuel pressure. Quite a bit higher than the predecessor's 200 bar (a hair under 3000 psi). The results were better fuel atomization (which lowered emissions), and shorter injector spray time (allowing for large quantities of fuel being delivered closer to the ideal moment to ignite it, which improved engine responsiveness - more significant during high load conditions requiring a lot of fuel to be injected).

And finally, the fact that the newly released M3 Competition practically used the exact same engine and made 503 HP seemed to indicate that these powerplants were tuned conservatively, and the limits were anybody's guess.

So, there you have it. A glimpse into the S58, BMW M's latest road engine. We'll find out how robust it is in a few years, after some examples have accumulated miles of abuse.

Yonathan Santoso is an automotive service supervisor mentoring a small team of technicians in maintaining and repairing a wide variety of road vehicles. He loves electric cars and reports electric vehicle news at Torque news. Yonathan can be reached on Twitter at @MbahMobil.