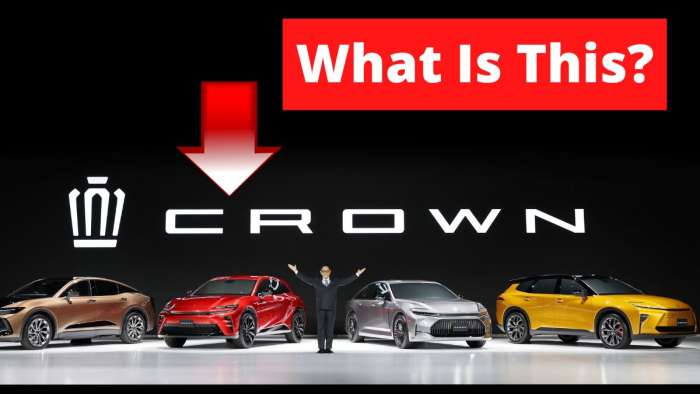 Is No One Talking About Toyota’s 2023 Porsche Cayenne Look Alike Crown SUV?

It’s been a few days since the world say Toyota’s next big sedan and now there is an SUV version. What is Toyota doing?
Advertisement

Toyota took the car community by surprise as they unveiled their big high riding 2023 Crown which will be the first Crown in almost 60 years of existence to be sold in the United States. Our other Toyota reporter Jeff Teague was at the Texas unveil. Be sure to check out his article on that and see just how amazing this new car really is.

However, one thing caught be by surprise, something that didn’t grab the spotlight but should’ve been the entire spotlight itself. When Toyota did the main unveiling in Japan, they also had a few different body styles next to the major piece, the high-rise sedan. Now if you paid attention, you would’ve seen the full-sized SUV, the red Porsche Cayenne looking compact SUV, and the posh sedan which is essentially Toyota’s next Rolls Royce.

In this article however, I want to talk about the highlighted red compact SUV you see in the picture below. According to Toyota, this is knowing as the Crown Sport Type. If there is one thing, I love about any body style of any type of car is curves and the 2023 Toyota Crown Sport Type does not fail to deliver.

Just looking at the stock photos shows just how much thought and time went into crafting this futuristic and formidable looking compact SUV. When’s the last time a CSUV looked this good from Toyota?

Not much is known about the 2023 Toyota Crown Sport Type however according to Toyota, the driving experience will be unforgettable.

Hopefully we will get to see one in the coming future. As of right now, we only know in detail specs on the Crown Crossover Type which kind of reminds me of the old Honda Crosstour with its bulky type and sort of the Honda Accord on a Pilot Chassis. 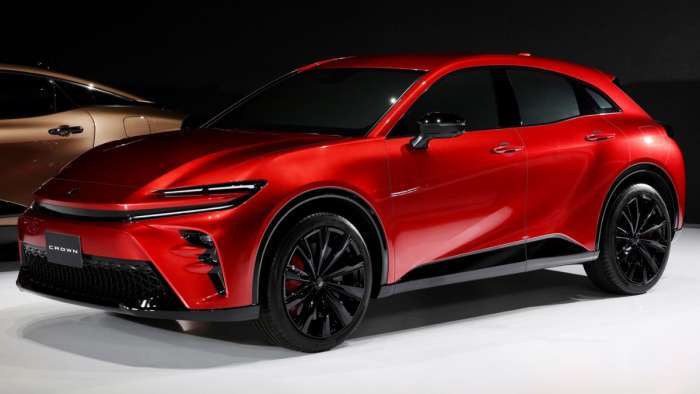 The real question is, who will this model compete against? Does it have the power to charge a Porsche? Does it have the luxury of a Mercedes crossover? Does it have the price to compete with the Genesis SUV? Well not much is known so we cannot really say. We don’t yet know the price, the Sort Type’s power output, or even any of the interior features that differ it from other models of the Crown.

One thing I can say for certain is that Toyota did not shy away from the Crown’s strong history. Taking a look at photos from Toyota, almost all of the Crown models still have the crest that has been used since the first-generation Crown. I really like that Toyota took the styling to a whole other level yet kept the elegance and heritage of the so old and solid background that the Crown has in Japan. One thing is for certain, eyes and ears are all hungry for new information on the new Crown.

What do you think? What are your thoughts so far on the new 2023 Toyota Crown Sport Type? Let us know in the comments below.