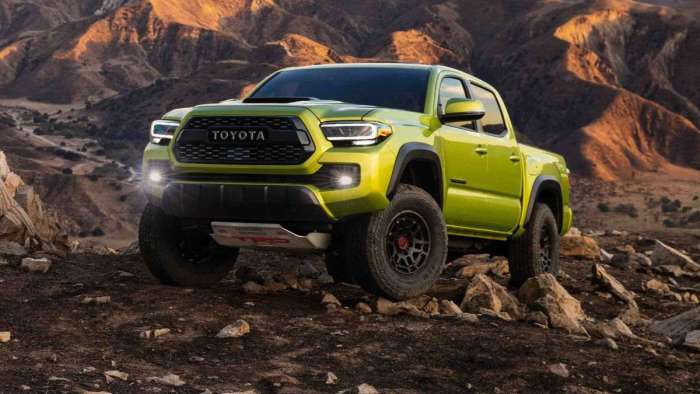 2024 Toyota Tacoma Might Be Available as a Hybrid. Finally, the Toyota Truck for Everyone?

There have been talks about the next generation Tacoma being fuel efficiency oriented rather than towing like the Tundra. Could we see RAV4 Hybrid numbers?
Advertisement

Just like GM in the 90’s, Toyota has a tendency to have sticky hands when it comes to the parts bin. Luckily, most of the parts in that bin are pretty solid and reliable so unlike some other sticky handed manufacturers, you wouldn’t need to worry about that. Why is this important? Well, if you have noticed, Toyota uses a lot of little things like switches or maybe infotainment screens from one model to the next. So maybe the window switch in your 2017 Corolla is the same exact switch in your 2018 Camry.

Aside from switches, Toyota also likes to use the same drive train in many different vehicles. This makes the vehicles cheaper to manufacture and more reliable since there aren’t a lot of unique parts per car. We see this now with the 2022 Toyota Tundra and the new 2023 Sequoia. Both will have the same i-FORCE MAX hybrid drivetrain.

Check out our latest article on trickle chargers and hybrids. 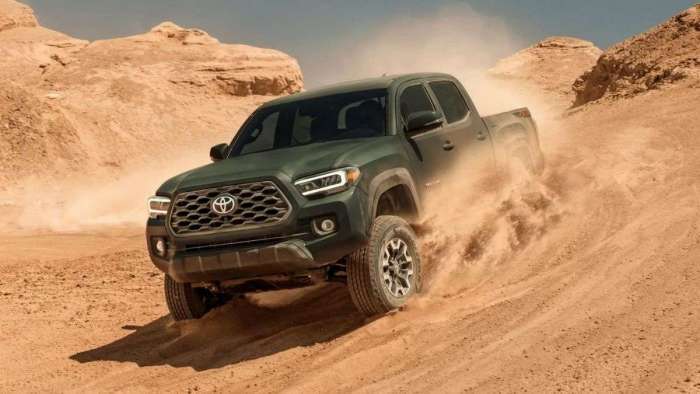 According to Allison Barfeild from Motor Biscuit, “The 2024 Toyota Tacoma Hybrid could borrow the powertrain setup from the Toyota RAV4 Prime, Toyota Sienna Hybrid, or the Toyota Crown.” I don’t think it could use the Tundra drivetrain only because of its size unless they could maybe make the displacement a little smaller.

Given that Toyota has a pretty strong history with hybrid drivetrains, I think that using the Sienna drivetrain would be optimal or maybe even the Crown drivetrain because of its success. I personally really like the new Sienna Hybrids because they ride and handle well whilst still being able to save you on fuel. In fact, our team was very surprised to see just how preppy the new Sienna was on the gas. On the highway it accelerated well and even with all that weight of the van plus 5 people we saw that that little i4 engine could pull us no problem.

Just like almost every other mid-size pickup truck, most buyers are not going to be heavy towers so I think that Toyota should line up their ducks to fall into the hole of hybrid for efficiency rather than hybrid for more power like the Tundra. It’s still early to tell whether Toyota will look to the parts bin for their new Tacoma drivetrain or if they will hit the drawing board and come up with something new altogether.

Whatever it may be, we can expect a cool looking pickup truck that will not only handle well but keep our wallets thick with these better fuel savings. Until then, we will only have to wait and see.

What do you think? What type of drivetrain do you want to see in the new Tacoma? Let us know in the comments below.

Tesla Contemplates A New Strategy for China Retail even As Sales Boom
Jay Leno on Elon Musk & EVs: “I Think He Should Get ... Credit"
END_OF_DOCUMENT_TOKEN_TO_BE_REPLACED