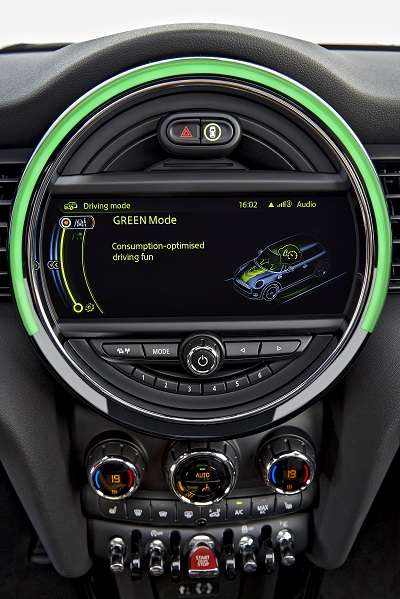 The 2014 MINI is embarking upon a new path with a fresh styling, efficiently running three-cylinder engine, and upgraded interior. Yet, the element that most MINI drivers are looking for is the advanced driver system that too frequently is only utilized in the luxury auto segment.
Advertisement

The 2014 MINI is embarking upon a new path with a fresh styling, efficiently running three-cylinder engine, and upgraded interior. Yet, the element that most MINI drivers are looking for is the advanced driver system that too frequently is only utilized in the luxury auto segment.

It’s worth keeping in mind at this point that MINI’s parent is the noted luxury brand BMW, so when they decide to go posh, it’s worth noting.

One of the most welcome additions to the new 2014 MINI plays upon the desire for increased safety so the auto designers have now included a head-up display which is located just above the steering wheel to minimize the need for the driver to take their attention away from the road. The information found on the display includes speed, collision warning symbols, radio station, and navigation instructions. A unique new perk is that the image appears at a virtual distance which appears sharp to the eye of the driver without them having to switch focus from the display panel to the road and back again.

At high speeds the monitors will alert the driver to potential collisions with both visual and audible signals. If the driver does not respond quickly enough, the system will prime the brakes on its own.

In what I think is one of the coolest little tools on this new MINI is the adaptive cruise control feature that senses vehicles ahead and slow the car down should it be gaining speed too quickly and then speed back up once it becomes safe to do so.

Other safety features include the city braking function that will apply the brakes automatically in situations in which the speed is less than 35 mph should the driver not react to a person or object ahead. This system works due to the multifunctional monitors that continuously scan the road ahead.

MINI also doesn’t want its drivers to waste money on traffic citations so the system is reading passing traffic signs while simultaneously matching it with data in the navigation system so that owners are always aware of their speed.

And what robust information system like this would be complete without a parking assistant that allows even the most cumbersome of drivers to easily parallel park? The MINI registers parking spaces when traveling at speeds less than 20 mph. Once an appropriately sized space is found after the system calculates its own vehicle length and adds about four feet for maneuvering, the system promptly becomes active and the sequence can be initiated with the mere push of a button – the car will literally park itself. MINI drivers do not need to touch the steering wheel and need only give the vehicle a touch of the gas and brake.

And by taking a page from the SUV journals, there is now a reverse camera to monitor rear parking situations along with interactive track lines to indicate turning radius and distances.

With these enhancements, the 2014 MINI packs quite the punch and provides good value for the purchase price.