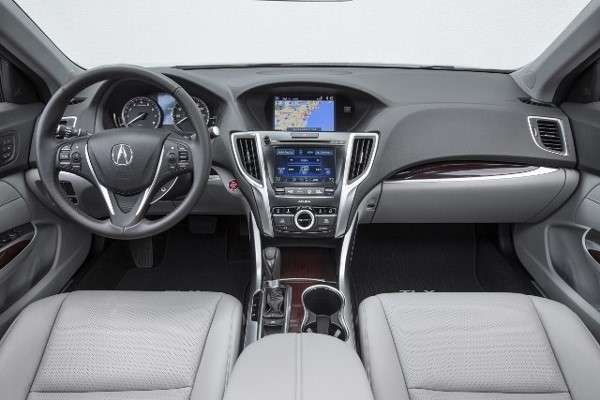 We predict 2015 Acura TLX Motor Trend ‘Car of the Year’

No hype, based on economical performance, cutting edge drive-train, design and value, We predict that Acura TLX will be Motor Trend’s 2015 “Car of the Year”. Yes, it's that cutting edge.
Advertisement

The automotive world is an extremely competitive one. This year it’s estimated that 16 million new cars will be produced or imported and sold in North America. As the national economy recovers, so does the automotive industry. For most people, second to the purchase of a home, the car or personal truck is their most expensive purchase. Today’s consumer is educated, Acura is banking on that fact to drive sales.

TLX will change the way the world looks at “Made in America,” while taking Acura Division sales to a new level. We've road tested all variants of TLX and walked away impressed.

Back in the day(old school) a handful of "Made in America" giants dominated the automotive industry. Today, hundreds of makes and models compete for your purchase dollar. While this and the World Wide Web has changed the way that we shop for cars, while reducing dealership profit margins, several automotive makes and models have gone the way of the dinosaur; Acura will not be one of them.

Although American Honda Motors and Acura collectively account for less than 10% of North America’s automotive and light truck retail market,(Volvo has less than 2%) they've successfully laid claim to a handful of auto industry milestones and consumer generated accolades.Honda Accord,Civic CR-V and Odyssey have captured their segment and rate top in class year after year.

Acura MDX and RDX take their respective place at the top of the 3 row premium and small SUV class with both Honda and Acura lines scoring at the pinnacle of consumer satisfaction, safety and residual resale value. Acura hit the shores of North America running in 1988 with the introduction of the runaway best selling Integra. Acura hopes to recapture America’s driving excitement with the all new 2015 TLX performance sedan.
Made in America.

Not so long ago the Acura brand was Honda Motor’s premium Japanese import. Designed and assembled in Japan, several iconic Acura models set the quality standard for import “world car” precision quality and reliable performance. The 2015 TLX is assembled in MarysVille Ohio with 90+% parts sourced from North American suppliers. It represents the pinnacle of made in America reliability and quality.

The market has spoken.

For 2014 “Made in America” has taken on new meaning. Acura MDX SUV is recognized as the best selling 3 row premium SUV “Ever” for North America. The smaller RDX has witnessed growth in sales 24 months running. Those are big shoes to fill considering the competition. Grandpa Chevrolet must be rolling over in his grave as this relatively young Japan based upstart pushes Tahoe to the side of the road.

The production numbers are staggering and the stakes, high. Acura V.P and General Manager of Operations Mike Accavitti and crew hope to capture the momentum of Acura brand excitement and set the premium performance sedan segment on its ear with the introduction of the 2015 TLX.

Although we drive many Honda, Acura variants and competing brands, we found 2015 TLX to be exceptional. Pleasing of design, ergonomically superior with best of class fuel economy and performance, Acura TLX will change the way that you and the automotive industry measure performance.

5.5 years in development and representing close to a billion dollars in upfront capital investment, American Honda Motors through the newly formed Acura Division is betting on TLX to turn its premium performance sedan segment to profitability.

Next week Acura will unleash the beast of advertising campaigns starring the 2015 Acura TLX.
No hype, this car will change the way that the world looks at “ Made in America.”

We’ve watched the promos, sat through presentations, webinars and test driven perhaps the finest example of an economy driven, tech-rich performance sedan released to North America in a decade.

On August 18, Acura will embark on the largest and most aggressive advertising campaign in Acura’s history. Through print ads, video snippets, television, social media and your smart phone device, Acura media will insight TLX excitement in the driving public with a breakthrough campaign. As cutting edge and as exciting as the car itself, Acura promotions will teach the rest of the Ad-men a thing or two.

Setting all”bull” aside, TLX is a blast to drive automotive value, a rare combination of economy meets performance with second to none ergonomics and visual panache. We predict 2015 TLX will be Motor Trend’s next “Car of the Year.”