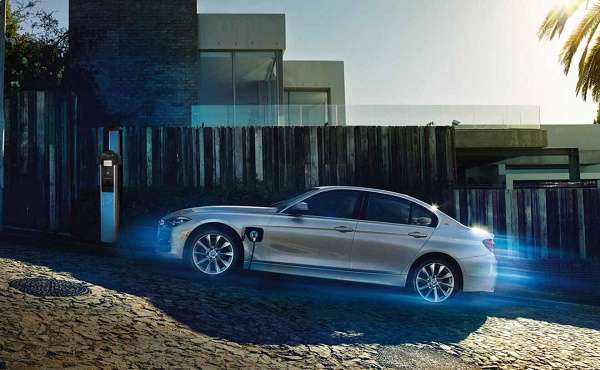 Tuesday morning finds an announcement from the Los Angeles Auto Show listing Green Car Journal’s 2017 “Green Car of the Year” finalist - there all electrified, a first, in recent memory anyway. Say what you will, “EV” is here to stay and will become more prevalent on the road as the auto industry embraces alternative powered vehicles in the quest for C.A.R.B. compliance, near zero car-produced air pollution, and independence from carbon base derived fuels.

Torque News spoke with Green Car Journal's founder and publisher Ron Cogan last week about Chevy Bolt, the progress at BMW and what this year’s finalist bring to their respective segments. What we don’t find here is an entry from Honda, the brand that introduced the first mainstream hybrid gasoline/electric to America back in 1999. Ron further states that a car or light truck need not be electrified to be considered for “Green Car of the Year.”

A vehicle need not be electrified for consideration in this competition. As demonstrated in past years, a substantial increase in fuel efficiency and reduced emissions, regardless of how achieved, is a key to the initial participant selection process.

In the words of Ron Cogan

"This year's Green Car of the Year® finalists clearly represent the momentum that electrification is experiencing in the auto industry," said Ron Cogan, Editor and Publisher of Green Car Journal and GreenCarJournal.com. "Whether it's all-electric, hybrid, plug-in hybrid, or a combination of these powertrains plus conventional gasoline engines within a model line, electrification is now considered by most automakers an essential technology for current and future high-efficiency models."

The BMW 330e iPerformance adds a plug-in hybrid drive system to the BMW 3 Series. The use of an electric motor with the BMW TwinPower Turbo inline 4-cylinder engine results in a total system output of 248 hp and 310 lb-ft of torque. The BMW 330e iPerformance accelerates from 0-60 mph in 5.9 seconds and reaches a top speed of 140 mph. Pure-electric driving is possible at speeds up to 75 mph with a range of approximately 14 miles and combined fuel efficiency of 71 MPGe when driving on batteries.

The Bolt EV offers a breakthrough EPA-estimated 238 miles of range on a full electric charge, the first production electric vehicle to achieve a 200-plus mile driving range. It features an array of advanced connected technologies designed to enhance and personalize the driving experience. A Regen on Demand feature allows the driver to use a steering wheel paddle to initiate more aggressive regenerative braking to slow down without using the brake pedal, while transferring electrical energy back to the battery.

The Chrysler Pacifica includes an array of choices including the LX, Touring, Touring L and the Touring L Plus. This innovative minivan also offers the first-ever plug-in hybrid in its class, delivering outstanding 80 MPGe efficiency, a 30-mile electric driving range, and a total driving range of 530 miles with combined battery power and its V6 powertrain. The plug-in hybrid model may be conveniently charged in as little as two hours with an available 240v charger. It features hands-free sliding doors and liftgate for convenience.

The 2017 Kia Optima's sleek styling and pleasing performance live on in the entire 2017 model lineup. The 2017 Optima Hybrid and Plug-in Hybrid are new additions that intelligently combine an electric motor and a new 2.0-liter, GDI 4-cylinder gas engine for welcome fuel efficiency and a satisfying driving experience. The Plug-in Hybrid uses a larger battery pack than the standard hybrid to allow up to 27 miles of all-electric driving before the plug-in model reverts back into its efficient hybrid mode.

The Toyota Prius Prime is this automaker's evolution of the Prius Plug-In, which did not accompany the completely redesigned Prius model last year. This new 2017 model plug-in features up to 22 miles of battery electric range, double that of the original Prius plug-in. It retains the distinctive silhouette of the latest-generation Prius and adds unique exterior styling cues to set the model apart. Inside, the Prius Prime is also distinguished with an 11.6 -inch touchscreen display.

The Green Car of the Year® is selected through a majority vote by an esteemed jury that includes celebrity auto enthusiast Jay Leno, as well as leaders of noted environmental and efficiency organizations including Jean-Michel Cousteau, President of Ocean Futures Society; Matt Petersen, Board Member of Global Green USA; Dr. Alan Lloyd, President Emeritus of the International Council on Clean Transportation; Mindy Lubber, President of CERES; and Kateri Callahan, President of the Alliance to Save Energy.

During the award's vetting process, Green Car Journal editors consider all vehicles, fuels and technologies as an expansive field of potential candidates and narrow it down to the final five. Finalists are selected for their achievements in raising the bar in environmental performance. Many factors are considered including efficiency, performance characteristics, 'newness,' affordability and overall environmental achievement. Availability to the mass market is important to ensure honored models have the potential to make a real difference in environmental impact. Finalists must be available for sale by January 1 of the award year.