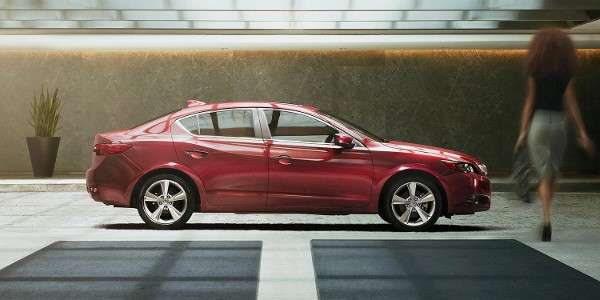 Acura's portal car ILX has floundered in the shadow of upstart sibling TLX, as has the balance of Acura’s car line-up. In an era of post- recession recovery, car and truck sales in the U.S. continue to rebound as consumers regain confidence lost with retirement savings and melted home market value. ILX sales, not so much so.

Why 2015 Acura ILX fails to excite

2015 Acura ILX is not a bad car, it’s just a little too similar to its best selling cousin Honda Civic, once again named to Edmond’s “best value” list for 2014. According to Edmunds, Civic leads the automotive industry in properly priced standard featured performance, class leading fuel economy and upgraded interior ergonomics. Civic goes one on one with with Accord, with the highest retained residual and long term tangible ownership satisfaction. There’s also that Honda-Link “pinch and swipe” infotainment dash monitor, Acura ILX doesn’t offer it.

I’ve driven and reported on Civic Si and 2015 Acura ILX, arguably ILX is the superior choice for interior quiet, ergonomic refinement, ride and road handling characteristics. I find ILX in its present form to be subtly pleasing to the eye, pure Acura.

As they say, ‘the public has spoken’: October 2014 sales of ILX were down several hundred units from the month before. I believe ILX sales were lost to the 2015 TLX i-4 with P-AWS. With current lease incentives, a beginning MSRP($30,995) lower than ILX with Premium Package, greater horsepower and torque, 8 speed automated manual transmission with paddle shifters and power assisted all-wheel-steer, buyers have little to no reason to purchase ILX in its present manifestation.

Underpowered and overpriced for the segment

2015 Acura ILX is a good car; it’s not a great car and there lies the problem. I drove ILX and found it to be a bit to Civic-ish in look and overall driving experience. That’s not what young Acura enthusiasts are looking for in an Audi 3 sized 4 door performance sled. It does slam the Europeans in price and standard accoutrements but lacks in fuel economy, horsepower transmission technology and panache.

Honda did it with CR-V taking the # 1 selling SUV in North America to new record sales while holding the $ bottom line; as goes Honda so goes Acura.

I predict that 2016 Acura ILX will feature a higher standard horsepower(180+) and midrange torque, a CVT transmission with paddle shifters and power assisted all wheel steering (P-AWS). I further predict that Acura’s dual stage inducted 206 hp 192-lb-ft torque i-4 as found in TLX will power the top of the line offering with improved fuel economy optioned through CVT technology.

While an 2016 Acura ILX-S replacing the TSX would be nice, I don’t anticipate that happening in the near term. What happened to ILX Hybrid?

I’ll be reporting live from the Los Angeles Auto Show, Nov 19-20 on Honda HR-V and Acura ILX, thanks for reading.

Robert wrote on November 15, 2014 - 8:25pm Permalink
Kill the TSX wagon, if that's already been done, upgrade the ILX and offer it as a premium hatch stateside in place of the Civic type R and all the automotive journalist will give the sedan the accolades and page space it needs to succeed. Ok, I swear to god, I'm not drunk or high...but it's still a pretty funny alternative.
Parks McCants wrote on November 16, 2014 - 5:54pm Permalink
I agree with you Robert. Let's see where Acura takes ILX.
mike wrote on November 16, 2014 - 8:17am Permalink
I like this car.
Parks McCants wrote on November 16, 2014 - 6:01pm Permalink
1600 hundred ILX fans bought the 2015 in October. It's a good little car. Acura wants to take it up a notch to greatness. Thanks Mike.
Jim wrote on November 16, 2014 - 1:40pm Permalink
Hey Parks thanks for the article. I am looking forward to your follow-up. After ten years in an accord I bought the 2014 2.4 6 Speed ILX, 15,000 miles now. My wife has the 2009 TSX. I was looking for a four door sport/luxury car at a non-guilty feeling price point. I was told the engines are the same but my ILX feels a bit underpowered compared to tsx. I have a couple of things that bother me now and might cause me to trade in/replace; 1) No NAV/Tech package on my ILX but there is one for the Canadian version? Really? I feel ridiculous with the nice screen in my dash that only shows Sirius radio information, using iPhone for directions. 2) No upgraded audio available, so one CD versus 6. My 2003 Accord had six, although it has forced me to plug my phone in more for music selection so maybe I'm just catching up to modern times... 2) No Home link so I'm storing my garage door opener in the glove-box. 3) The TPMS only tells me to check the pressure, but in the five year old TSX it tells me which tire and what pressure. Is acura moving backwards on its' software? 4) Tire slip in first gear so the all wheel drive / better tire might be useful. 5) At highway speed -true speed, not posted :-) I'm in the 3500rpm range, a bit scream-ish. 6) I'm used to it now, but each gear seems so quick that I could just shift through the ODDS, like 1 to 3 to 5 and maybe six if on the highway. Anyway, I do like the car and it's fun to drive, but being that I generally keep my cars for 10 years I feel like I might have jumped too soon into this new Acura. Truth be told, I wanted a 3 series manual BMW, but what starts at $30K quickly goes to 45 - 50K by the time you put amenities into it. Maybe I should have looked in Subaru or Mazda but I never did. I look forward to what the ILX has for 2016 and maybe will swap out.
Parks McCants wrote on November 16, 2014 - 5:59pm Permalink
Welcome Jim. Your comment nails it as to ILX short-comings. As you state, the ILX is lacking in tech-rich , consistent personal connectivity and performance. However, like you, I also like ILX and look forward to Acura kicking it up a notch. Next week will tell the story. Thanks for dropping in.
KenC wrote on November 18, 2014 - 11:44am Permalink
Heaven forbid Honda chooses a CVT transmission for the '16 ILX. The Acura brand needs to relentlessly be the best of Honda (if they actually want to compete with the Germans). It's painfully obvious to prospective buyers when they cut corners in places they shouldn't.