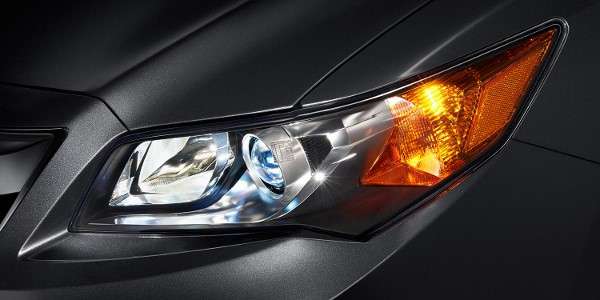 What’s that mean Acura? We read between the lines for a clue or two as to how “substantially New” ILX may be for 2016. will it fill Acura’s small performance car gap?
Advertisement

It’s show time and our friends at Honda’s Acura Division are second to none in the automotive business at spinning speculation-driven excitement and anticipation. The pent up excitement and related consumer angst worked well for the very successful release of Acura’s “ Next Big Thing,” V.P. General Manager Mike Accavitti and company hope to do the same for smaller sibling ILX.

We like ILX, sort of…
This Honda Civic sized Acura competes with the likes of BMW 3 series while undercutting the Germans and Lexus by $ thousands. 2015 Acura ILX sports an entry-level premium MSRP of $27050. However, we find that the 2.0 liter ILX lacks torque in the mid-range and tends to be a bit rev-happy and interior noisey. While 2.4 Liter i-4 ILX is fun to drive, it could offer more. Perhaps that’s what Acura is hinting at for 2016; more!

With the exiting of the 2014 TSX, Acura has a gaping void in it’s small-car performance line-up. TLX is exciting but not small and as nimble as ILX, or as go-kart quick as Civic S1.

We look to Acura to pump up the horsepower and available torque in ILX to 206 hp and 185 ft-lbs. The direct injected dual stage intake i-VTEC currently found in TLX would do the trick. A 6 speed close ratio transmission and locking differential would be nice, but we don’t anticipate Acura offering that combination in ILX.

"Substantially New” does not mean “ All New.” While I personally anticipate Acura integrating TLX body design into future ILX offerings, Acura’s press release language does not indicate a sweeping design change for 2016.

What happened to ILX Hybrid ?

I’ve asked my contacts at Acura, they don’t have a definitive answer. However, the Acrua ILX Hybrid didn’t sell well in 2013,14,(too small, too heavy) Acura discontinued it. With a conventional gasoline engine highway estimated mpg of 35, we don’t anticipate seeing it return to market for 2016. Look for 2016 Acura ILX to feature improved performance, greater fuel economy and creature comforts.

John Goreham wrote on October 21, 2014 - 8:24pm Permalink
All I want to hear is that the embarrassing base engine in the ILX is put out to pasture. As a former Acura owner, it makes me weep when I think of this car with 150 hp. It is just as bad as the Lexus IS 250 engine. Both are completely inexcusable by brands that are "Premium."
Parks McCants wrote on October 23, 2014 - 12:57pm Permalink
Welcome John. I agree! The ILX in its base varrient is nothing more than an upstart Civic in Acura trim. But then again, some drivers are fine with that. It's all in what you want from your car.