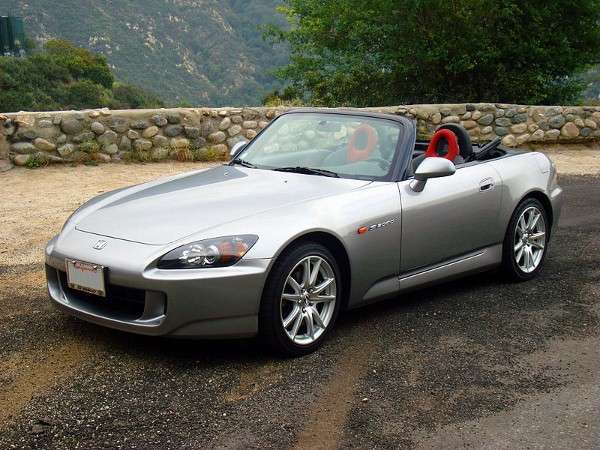 The much loved Honda S2000 Roadster ended production back in 09.’ With noted heightened demand from a worldwide fan base, Honda Performance Development continues to toy with a 350 horsepower modified S2000.
Advertisement

The European automotive press is abuzz this week with perhaps, a not so wild speculation as to a 2017 release date for a 350 horsepower Honda S2000 Roadster.

Driving through Eugene, Oregon this week, we spied two relatively late model Honda S2000 on the road. John Spoda, the happy owner of a stock light blue 2007, was happy to share his experience with Torque News. A man of few words, John summed it up this way…

“The S2000 remains the smartest automotive investment I’ve made in my lifetime.” It’s fun to drive, quick, reliable and handles well.” The car has been trouble free and due to its limited production, is worth as much today as I payed for it in 2007.” 50 something John is a happy man.

First introduced to the world at the 1995 Tokyo Auto Show, the S2000 was a relatively limited production Japanese built two seat soft top. Produced for North America from 1999-2009, the car enjoyed a 10 year run before being discontinued.

Dealership and public demand has relentlessly pushed for a re-manifestation of the much loved S2000.

We of course have no idea as to the final design, specification or price tag of the much anticipated replacement for the iconic Honda S2000. As reported earlier by Torque News and others, to be a viable contender in today’s sports open touring segment, we believe that an Acura or Honda manufactured sports tourer would be priced below $45,000 and produce no less than 300 horsepower while averaging 30+ mpg, U.S..

Honda has a noticeable vacancy in its limited automotive line-up. And the public grows weary of the non-availability of the S660 in North America and the long delayed return of the iconic NSX hybrid Super Car. While the Ohio built NSX will return to North America in 2015, there has been no such commitment coming from Honda as to an updated S2000.

North American Acura and Honda Dealers have long expressed an interest in the return of a “ Halo” car to the network. An upgraded S2000 would fill that niche nicely.

In the mean time for those fans wishing to get their hands on a new S2000 now, our friends at Honda Genuine Parts and Accessories offer a free downloadable paper model.

We know that our friends in Torrance drop in for a read from time to time. Share with Honda management your thoughts on the timely return of an upgraded S2000 by commenting here.

John Goreham wrote on May 16, 2014 - 8:16pm Permalink
If Honda did find the time to build and sell a real-life sports car like this, instead of continuing to polish the imaginary NSK, I may have to grudgingly start to like Honda again. Says a prior owner of 4 Hondas. Current owner of zero.
Parks McCants wrote on May 17, 2014 - 2:44pm Permalink
Back at you John. I too am a long-time Honda Motorsports and automotive fan. But I, like you, don't currently drive one. There are a couple of models that I can truly appreciate. The not available European Civic Type R and the available( haven't seen one) HPD modified CRX Hybrid. Honda is very capable of producing a viable roadster. However, if the $s approach $50,000+ as indicated through the European press, the car will not sell well in the North America.