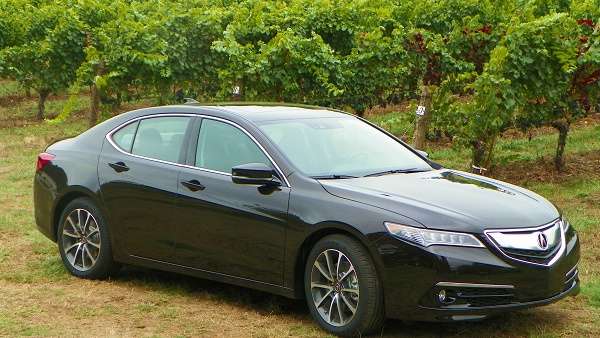 Acura engineering effectively reinvigorated the sedan lineup with the advent of TLX. There’s been a bump or two along the way.
Advertisement

60,000 Acura TLX sedans now populate the city streets and highways of North America.
That’s an astounding number for a car model that’s been in full production for little more than 15 months.

Back in August of 2014, Acura introduced to the national automotive press what Torque News called “an auto industry giant killer.” since that momentous occasion experienced on the back roads of west Virginia, TLX sales have surpassed those of Audi 4, BMW 5 Series and Mercedes Benz C Series.

According to Acura News, TLX sales effectively triple those of the exiting 2014 TL and TSX, both good cars by most measures. Yet, under-sellers in an ever changing automotive world driven by government mandated safety, greater standard performance, and consumer demand for exceptional comfort and ease of personal device connectivity. That’s what TLX performance sedan brings to the game, more!

What Acura has done through TLX is present a premium sports sedan with the agility of the smaller TSX, and the room and comfort of the TL, while measurably upgrading the drive and ride experience. The TLX interior is quiet, the ride refined.

Yet, through the advent of reactive amplitude damping, hydraulic body to frame bushings, greater safety cage and frame rigidity, Acura has reduced road vibration and noise transference to the cabin, while improving tracking through the curves. Also, for those Acura enthusiasts that wish to write the check, 2016 Acura TLX V6 9 speed, SH-AWD will take you into serious performance and handling territory, rivaling some of the finest midsize sports sedans on the planet. Check out the interior. it’s visually and sensory stunning! Acura detractors might be tempted to point to the measurable difference in MSRP between Acura and the German offerings for TLX sales success, and certainly the lower price point is a consideration when purchasing your next car or truck. However, after driving 2015 TLX V6 SH-AWD, 2015 TLX 2.5 Liter i-VTEC 8 speed with P-AWS, and then most recently, allowing 2016 TLX Advance to drive us through the streets and freeways of Los Angeles, I look to the total drive and ownership experience that is Acura’s best selling premium sports sedan. With an MSRP of $31,615 to $44,800 for the most advanced midsize sports sedan in Acura history, when looking to standard features, engine ratings, fuel economy, passive and active safety features and ease of personal connectivity, TLX is a measurable bargain when directly compared to the leaders in the premium midsize sports sedan segment.

looking to the Acura-Torque News TLX owners forum, and counting the number of initial and follow up Z9 transmission related complaints, I’m going to assume that the majority of 2015 and 2016 TLX owners are satisfied with their purchase. Looking to the recall record,(2) TLX may be the most trouble-free Acura in the maker's history.