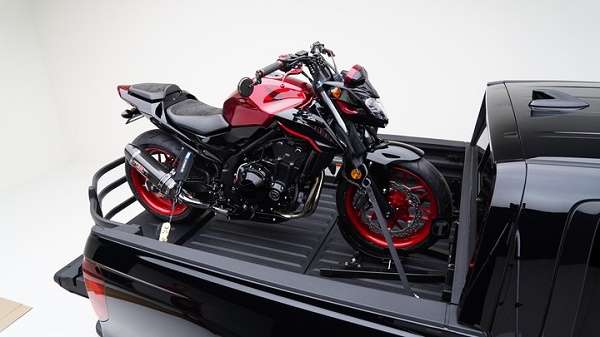 Here’s a turn of events that’s bound to catch the attention of the import car and light truck manufacturers.
Advertisement

When 2400 participating 2016 SEMA Show Las Vegas exhibitors turned in their pick for the much coveted SEMA Awards, something interesting happened that in some respects is a shift in tides as to trends in the North American Auto Industry. Not a single import brand, Asian or European won a participant voted SEMA Award -- not one. Well, maybe the Ford Euro-Hatch.

Are we witnessing a consumer shift for the North American auto industry?

Probably not. That “Buy American” sentiment died with the great recession and the bankruptcy reshuffle of the automotive industry's “Big 3.” Honda, Toyota, Hyundai, Kia and Mazda are in no danger of losing their market share in the U.S. and Canada, nor are the European brands. But, I find it to be more than 'just a bit interesting' that at the biggest automotive aftermarket show in the world, not one import brand was voted to the top of the mod-pile.

Looking to the winning line up, U.S. automaker's upped the game in innovative style, standard performance and quality -- consumers and the aftermarket pays heed.

Nonetheless: There’s some pretty cool custom offerings coming out of Honda, Kia and Hyundai at the show,, as well as BMW and Porsche. And in the not too distant past, import derivatives have won best in class honors -- not in 2016. How about this Honda coupe, it’s pretty over the top.

According to 2016 SEMA Show News

Here are your participant voted winners for the 2016 SEMA Awards, a big honor in the custom-auto and light truck segments: The winners of the SEMA Award were announced on the opening day of the 2016 SEMA Show. For the first time since its creation, the winners of the award were selected by the Show’s manufacturing exhibitors. More than 2,400 exhibitors voted to determine what vehicle model is the hottest new and emerging vehicle. Winning vehicles help guide consumers toward the hottest-trending and most accessory friendly vehicles on the market.

Winners of the 2016 SEMA Awards

“The SEMA Show is the place where the newest and most innovative aftermarket products debut,” said Chris Kersting, SEMA president and CEO. “And the SEMA Show exhibitors are the innovators and visionaries who help guide future trends in the industry.”