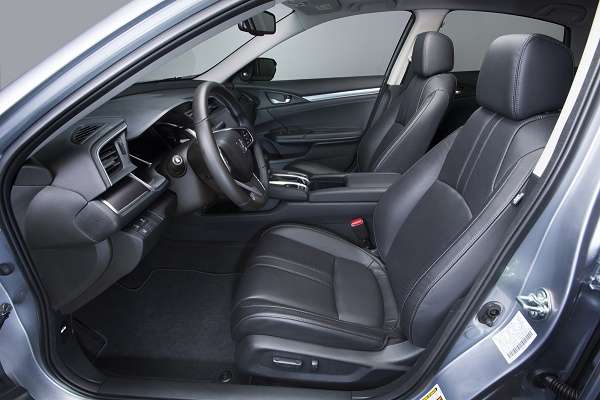 While that may be a bit of a stretch. In Wards Auto's latest car interior rating, 2016 Honda Civic sits in the top 10.
Advertisement

Congratulations! Your 2016 Honda Civic’s interior rates as high as BMW, Cadillac, Lexus and Volvo as to refinement and overall comfort.

While that’s an amazing comparison for what was once Honda’s economy compact “bread and butter” car, Civic’s come a long way on the road to taking on the European and high-end Japanese premium cars at their own game. Torque News first reported on 2016 Honda Civic Touring from Malibu, California.

As noted by Ward’s columnist Tom Murphy, Civic can no longer be considered “cheap” or inexpensive as to what once constituted an entry-level econo box.

With an average MSRP approaching the $25,000 mark, there are cheaper offerings to be had in the compact sedan class, but none better than the total personal connectivity, engine performance, road handling and interior comfort package that is Honda’s best selling Civic in this millennium.

It’s “all good” as the kids say. But some Civic years are better than others. The 10th generation 2016 Civic Sedan and Coupe have driven the brand to a higher level of measurable quality and performance, and the automotive press has taken note. Looking to the interior of the Civic lineup from the base trim 2.0 Liter normally aspirated, manually shifted LX ( Base MSRP $18,640 +) to the top trim turbocharged/ CVT 2016 Honda Civic Sedan Touring (MSRP $26,500 +) Civic’s interior is designed to take on Audi and BMW. Read my latest 2016 Civic drive review here.