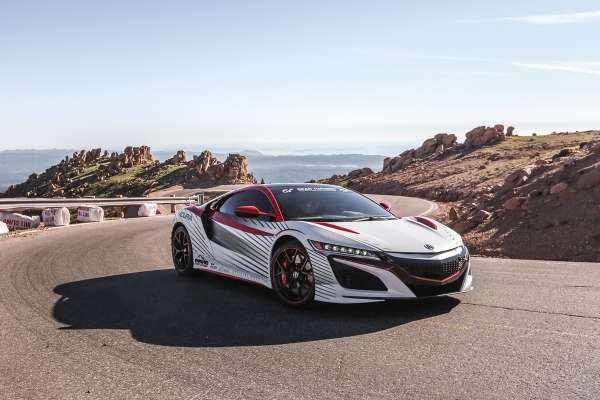 Last week Torque News reported on the national confirmation-drive (sake down) of 2016 Acura NSX, where a team of engineers from Honda’s Performance Center put NSX through its paces under variable, elevation, road, heat and speed conditions.
Advertisement

In 2 weeks, 2016 NSX sports hybrid will be showcased at the historic Monterey Automotive Week, let the party begin.

The greatest show in the world of rarefied Concours D'Elegance comes to Pebble Beach the week of August 11 through 16, where arguably the 200 finest collectors cars on the planet compete for top honors. There’s nothing else like it, I’ve been twice, and while just (perhaps) a bit pretentious, the visual is stunning!

It turns out that an old friend of ours will be auctioned at Pebble Beach this year, take a look.

On the performance side of Monterey Automotive Week is the Rolex Monterey Motorsports Reunion, held on the fabled ( Mazda Raceway) Laguna Seca. The last year I attended Alfa Romeo took to the track with vintage race cars of all eras. Again, nothing else like it .

This year Acura takes a prominent showcase position at Automotive Week with the west coast premier of the the soon to be released 2016 NSX hybrid supercar. 10 years in the making, Acura fans worldwide look to the release of a supercar featuring technology, style and handling unique to Acura.

"Whether on the open road or online, you may have caught a glimpse of the next-generation Acura NSX traveling across America this week. The NSX and members of its engineering team are on a confirmation drive – a cross-country event during which our engineers are verifying every precision-crafted detail of two Acura NSX units built on line at our new Performance Manufacturing Center in Ohio.

On city streets, mountain roads and desert plains across America, the NSX is being put through its paces and encountering Acura and NSX enthusiasts of all stripes along the way.
In a few weeks, the NSX will be the centerpiece of Acura's major presence at the 2015 Monterey Automotive Week, where Acura will showcase its performance roots and racing spirit.

Amazingly innovative, this new supercar is a powerful symbol of our commitment to pinnacle performance delivered in a uniquely Acura way. Please be sure to follow the NSX tour on social media, or come see it up close in Monterey. We'd love to see you there!"
Mike Accavitti
Senior Vice President & General Manager
Acura Division

Monterey reads like a great opportunity to view Acura's hybrid supercar in person. I too hope to see you there!