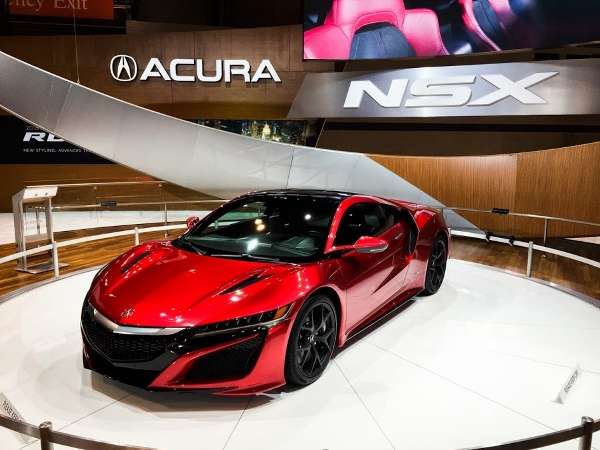 Amidst rumors circulating the automotive journalism world of yet another NSX release delay, we receive an update from Acura
Advertisement

Reporting on perhaps the most anticipated and subsequently watched car release in the history of Acura Division, a car , 8 years in the making, has been much like waiting for the arrival of that winning lottery ticket. Yes, it happens, but for you, fuhgeddaboudit!

In the case of Acura’s NSX Sport Hybrid, we’ve watched its evolution over the years, we’ve viewed countless spy-photos, watched it burn to the frame at the track, and have been teased by Acura countless times as to this iconic, financially attainable hybrid supercar.

Much like the neighbor’s Bentley Super 8, Ferrari, Lambo or Porsche, you know it's there, you’ve seen it, and perhaps had the opportunity to sit in it for a moment. The touch, smell and visual of the rolling art piece captures the imagination, if only you had an extra $150 k or so sitting in the proverbial sock drawer, you’d buy one in a minute, right?.

Such is the attraction of the halo car, the power of imagination

Who knows, you and I may never own Acura’s groundbreaking sports hybrid. but then again, the possibility of 2016 Acura NSX hybrid supercar showing up at your friendly neighborhood Acura dealer, intrigues the heck out of you, doesn’t it? So, where is it, does it truly exist, how much will it cost, and may I drive one?

Last week we heard from an automotive journalist in Seattle, Washington while attending this event, that the NSX dealership release was once again delayed. We had just covered Acura’s NSX assault of Pikes Peak, and although our friends at Acura could not verify the status of the pace car run, finish, not finish, a recently released ‘Teaser” video showed 2016 NSX taking the checkered finish flag at the top of Pikes Peak.

This week on FaceBook we caught a blurb as to a cross-country shake-out of 2016 NSX, all good. Placing a call to Acura we discover the following:

The NSX world according to Jessica Fini

Acura’s head of public relations is a straight shooter. While Ms Fini doesn’t always have a definitive answer for us, she tells us so. As to the current status of 2016 NSX, the news has been a bit spotty of late. Like I said, Acura shares with us what they can substantiate.

This may be one of Acura’s greatest promotional coups, genius, truly! What better way to put the “Ghost” that is 2016 NSX to rest. For the first time in years, dealership groups, service centers and a handful of lucky Acura fans, outside of the confines of a major car show, will actually see 2016 NSX supercar.

According to Ms Fini, a quality assessment team lead by engineers from Honda’s Performance Manufacturing Center(PMC) is driving 2 NSX sports hybrids across the country, subjecting Acura’s next big thing to high altitude, and desert heat, while assessing everything from engine durability and reliability, sustained braking and handling, electronic systems, range, etc. Ms Fini notes that all Acura models receive similar endurance testing and evaluation, generally performed under camouflage and more than a bit of security measure.

Still no NSX release date from Acura, last sighted on the streets of Chicago.

But it's coming, and we’re holding out for fall 2015. You may follow the NSX tour with the hashtag #AcuraNSXonTour. If you see one in person, take a photo, send it to me @ [email protected], I’ll post it to Acura-Torque News.

Elon Makes a Cybertruck Statement With an Action, But Quiet in Words
Tesla's Record Month in China: Doubled Registrations in March 2021
END_OF_DOCUMENT_TOKEN_TO_BE_REPLACED