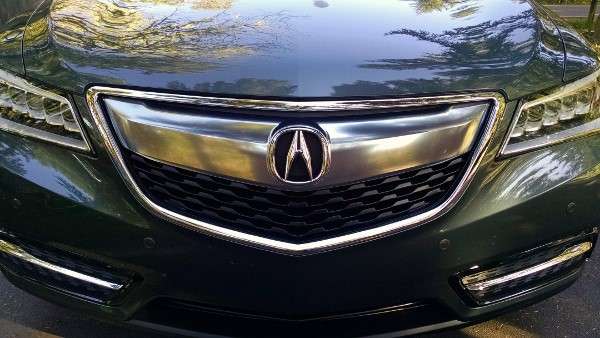 Initially we questioned why Acura opted for a 9-speed Sequential SportShift ™ automatic transmission with IDS for the best selling premium SUV in North America. A SportShift ™ transmission with electronic IDS drive mode selection for a truck-based SUV seemed to rest on the edge of “gadget overkill,” Then we drove it!
Advertisement

Torque News spent some serious seat time driving 2015 Acura MDX AWD Advanced, while on a recent trip to Phoenix, Arizona. We found MDX to perform well under all road and weather conditions, while being more than “reasonably comfortable” for a light truck based premium SUV.

The three main points that caught our collective attention were the premium look and feel of MDX, the astounding fuel economy, and the overall quiet and general driving comfort of MDX.

The only corrective item that came up on the wish list was a more consistent torque transfer across the transmission shift-pattern; specifically when driving at lower speeds while in city or freeway transitional traffic. In other words, we found the transmission to wander a bit in search of that “sweet spot.” For 2016 in steps Acura’s button engaged 9 speed Sequential SportShift ™ automatic transmission and (IDS) Integrated Dynamics System.

2016 Acura MDX buyers will experience an SUV drive experience like no other. Acura's taken the label “Premium 3 row SUV” and changed the definition as to what an SUV driving and ownership experience can be. While limiting the engine and transmission choice to one, Acura’s taken the guess work out of MDX as to which engine or transmission may be the best combination for fuel economy and performance.

2016 MDX presents a 9 speed automatic transmission with 2 preset electronic activated shift logic, “Drive” and “Sport,” and 3 dynamic-drive-modes; Comfort, Normal and Sport. As featured in RLX and TLX, MDX now takes on a ‘transformer” like drive personality. Much like having a light truck or SUV with a sports-car-like driving characteristic, the technologically advanced MDX has put the fun back into driving while preserving refinement and fuel economy.

As Acura states: “MDX instrument panel is an experience in itself.” we agree and will spin a future article on that subject. Like all new systems, there’s a bit of a learning curve to discovering the greatest value and drive experience from 2016 MDX. Our test mule is the top of the line( MSRP $57,080.00) 2016 MDX all-wheel-drive with Advanced technology and entertainment; there’s a lot going on in this vehicle, we actually found the transmission and IDS systems to be the easiest features in MDX to master.

Our favorite feature of the Acura push-button 9 speed transmission is the “second tap” engagement of “Sport-Mode.” In short, much like downshifting on steroids…

When required for passing, quick lane change, highway on ramps, or accident avoidance, one has the option of pressing the drive button while engaged in comfort or normal IDS, sending Acura’s 9 speed transmission instantaneously into a closer gear ratio, higher RPM performance mode. The first time we engaged “sport” from a 50 mph rolling start, with the push of a button and the press of a peddle, we were blown away by the instantaneous acceleration transferred through SH-AWD to the pavement. looking to the speedometer, 90 mph came up in the seemingly blink of an eye.

We also discovered a very usable side to “sport mode” when driving down steep downgrades. Acura’s newest transmission emulates the attributes of a manual transmission by “engine braking.” While on a downhill or driving under 40 mph on a two lane country sweeper, we discovered a transmission that rendered Acura’s MDX brakes unnecessary; pretty cool stuff!

For Torque News, 2016 Acura MDX puts the thrill back into SUV driving. For those considering the purchase of a premium 3 row SUV, we believe that MDX offers the highest standard featured value and performance found in the segment today and merits a hard look. North American buyers have spoken by making MDX the best selling premium 3 row, several years running.

You may view Acura MDX variant price and specifications here.