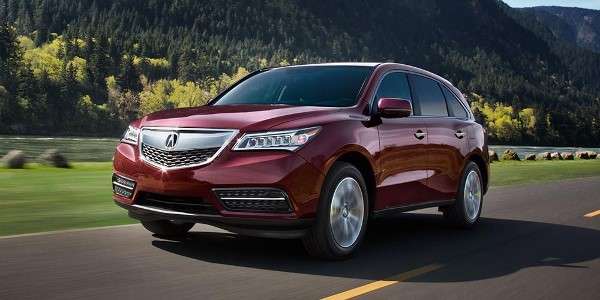 Just when we thought Acura had hit the pinnacle of price-point meets exceptional value, they take the best selling 3 row SUV in North America to the next level of comfort-driven performance.
Advertisement

Last month Torque News spent a week in Phoenix, Arizona with 2015 Acura MDX SUV. Like many previous SUV and domestic truck owners, we entered the confines of North America’s best selling premium 3 row SUV with a bit of trepidation. On first look, while MDX is handsome in a reserved, elegant sort of way, it doesn't come across as being GM Denali burly by any measure. MDX isn't designed for tough off-roading, and although 2016 Acura MDX will now offer a dual-clutch SH-AWD feature, we don’t recommend mud bogging in it.

Now that that’s out of the way: What improvements did Acura make on MDX for 2016, and what’s it going to cost you? Looking to the numbers, we dicover a slight increase in standard features for 2016. Acura’s throwing in a 9 speed automatic transmission with an electronic gear selector at no additional cost over last year’s model. Base MSRP for 2016 Acura MDX FWD starts at $42,865 + applicable sales tax and fee; that’s bare basic, Acura style.

None the less, even a bare bones MDX smokes the competition in standard features and stated fuel economy. With an estimated EPA MPG of 19/27/22, no one in the midsize SUV class beats Acura MDX for fuel economy. With a standard 290 horsepower, 267 ft-lb torque V6 rating, you won’t be wanting for available torque on demand.

What other changes has Acura made to MDX for 2016? In driving Acura’s 2015 MDX Advance with Entertainment Package, we were hard pressed to find anything lacking in this premium SUV. The drive experience was exceptional. We found the 5 speed automatic transmission to work very well under all driving conditions. However, a couple of items did come to mind on the road to Sedona. Under normal city driving conditions, we found MDX to be a bit "tall" geared at times.

We found the voice recognition as to navigation to be a bit iffy, and wished for a voice link to the ELS premium sound system. Also, at times, we felt that acceleration and torque from the engine could be delivered a bit more uniformly to the pavement. looking to the specifications of the updated 3rd generation MDX ,we believe that Acura has done both.

While "Consumer Reports" and other automotive publications question Acuras decision to install a 9 speed transmission in MDX, pointing to an earlier TLX drive experience, we'll take a wait and see atitude, and leave our opinion for a pending test drive.

Based on our past driving and ownership experience, we believe Acura MDX to present the best ride and ownership value in the the segment. MDX is the # 1 selling SUV in North America for a reason, It’s that good!