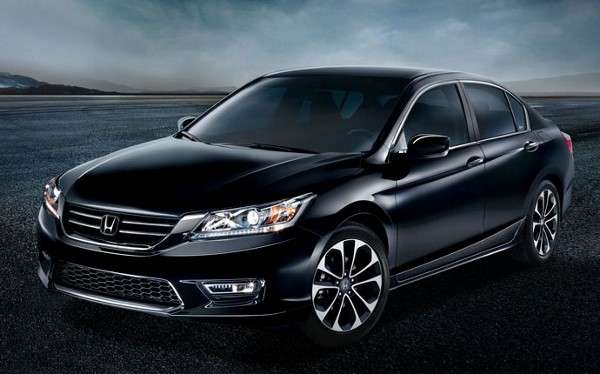 Honda Accord is North America’s best selling mid-size car for the first 6 months of 2014. We won’t see a major body style tweak for 2015, that was done for 2014. Accord looks great and presently outsells all competing brands in North America including Toyota in the mid-size sedan segment.Simply put, Accord out "standard features" the competition.

How does Honda take #1 and make it better?

For 2015 Accord comes standard with Honda’s state of the art “Earth Dreams” 185 horsepower 4 cylinder i--VTEC engine with direct injection. What this means for you is higher freeway mpg(36) and lower emissions when coupled with Honda’s award winning CVT transmission. Most drivers will find the 4 cylinder power plant to be more than adequate. With a base MSRP of $22,105 and the highest estimated residual(resale)value in the industry, Accord remains a solid personal transportation investment. Honda's Accord Sport adds 4 horsepower a bit more torque and bling to an allredy gifted 4 cylinder performance sedan.

Torque News recently spent several hours driving the 2014 Accord 3.5 liter V6. Producing 278 horsepower and excellent fuel economy, Honda’s cylinder managed, direct injected V6 is impressive. While it didn't outperform the 2015 Acura TLX, it came darn close to the Acura's acceleration.The Accord V6 will put you back in your seat. The front wheel drive is very sticky, braking good( no fade noted) and transmission engine interface, seamless.

The interior noise level is top of class when driving Accord in normal mode. What we would like to see is a softer suspension and less road vibration transference. We believe that for most Accord fans, these concerns are negligible. We found the seats, seating and instrument placement to be better than average. The back seating area, head, leg and shoulder room was much better than average, as was the climate control. The trunk space in Accord is enormous and can be expanded for larger cargo with drop-down split 60/40 rear seating.

For 2015 Honda’s iconic V6 with cylinder management claims a stated 34 mpg/highway, only 2 mpg less than the “Earth Dreams” 4 cylinder. For those wishing for class leading fuel economy from Accord, we recommend test driving the Prius beating 2-motor 2015 Accord gasoline/electric Hybrid. With a stated 50 mpg highway and a base MSRP of $29,305, no manufacturer in the 4 door mid-size sedan segment can beat Accord for combined horsepower, torque and fuel economy.

Also for 2015, the Accord EX Coupe will come standard equipped with” LaneWatch.” We experienced this accident avoidance system while test driving the all new 2015 Fit. What it does through camera/ mirror/ monitor integration is eliminate your blind spot when changing lanes to the left or merging into highway traffic from an on ramp;good stuff.

We’ll let the guys at Honda fill you in on pricing for all 2015 Honda Accord variants.