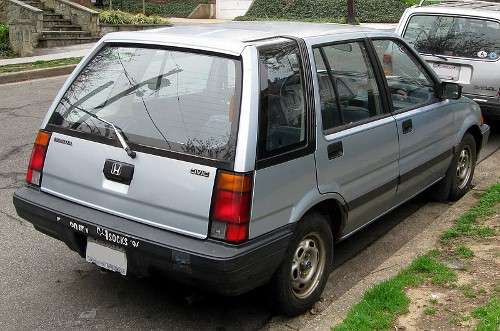 With a measurable increase in power, cabin size, personal electronic connect capability and a total exterior re-design, I predict that the 2014-15 Honda Fit will displace the Civic as the best selling small car in North America.
Advertisement

Those that read my column on Honda know that I’m not a big fan of the Fit. It’s not that the car isn't a quality crafted, well priced alternative to walking; It absolutely is. For me, I’m simply not taken by the body style of the 2013 Fit. While it looks great in photos, in person it leaves this viewer wishing for a bit more. Or, in the case of the cab forward nose design, a bit less. None the less, Fit owners that I've interviewed love their Fit.

With a suggested msrp of $15,425. the Fit retails $3,000 below the Civic, offering a hatchback’s utility on a short wheelbase of 101 inches. It’s perfect for urban and city commuting and parallel parks with ease. With the Fit concept, Honda actually returns to the future with an upgraded Civic (van-wagon) of the mid 1980s. That’s right… The Honda Fit is the new small Civic hatchback.

The Fits average mpg is not the highest in the industry with a stated average mpg of 27/32. This has been a detractor for those drivers wishing for greater fuel economy. However, for most applications and when price compared against an entry level EV or Hybrid such as the Insight, the Fit pencils in as an overall driving bargain. No muss no fuss, just fuel it with regular gasoline and go.

For those looking for greater fuel economy Honda offers the Fit EV. While I haven't driven one, my readers tell me that the Fit EV while offering great economy, averages a mere 80 miles between charges. Where’s the Fit Hybrid? With the introduction of the 1.5 liter 4 cylinder “Earth Dreams” power plant married to a 5 speed manual, the Fit will be more fuel efficient.

I predict that the 2015 Fit will approach 40 mpg Hwy, and, If Honda can hold the price will be the best selling small car in North America.

Lets take a look at the sales numbers: While Honda Civic sales approach 18 million units since the cars inception in 1972; with 7 million units sold in North America, the Fit is rapidly gaining sales momentum in an ever changing market.

Since its introduction in 2008, 4.5 million Fits or more have been sold worldwide with 1.5 million sold in North America. The Fit is the least expensive Honda sold in North America, and with its chassis twin the mini SUV Vezel, will be manufactured in Celaya Mexico for North America and Brazil markets. According to Honda Motors, the Celaya plant will produce 200,000 Fits per year when in full production mode.

The 2015 Fit will be market in the U.S. mid-year 2014. Look for its introduction at the Detroit Auto Show in mid January.