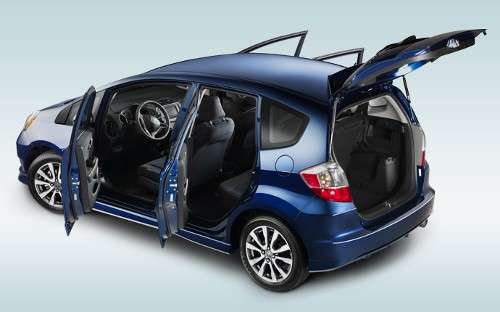 2015 Honda Fit ‘Hecho in Mexico’ will meet market resistance in the U.S.

As reported here in November, Honda will build the next generation Fit in Celaya Mexico. As Honda joins Chrysler, G.M. and Ford south of the border, I believe that the Earth Dreams Technology Fit will lose a bit of market share as consumers weigh the price and quality of the "Hecho in Mexico" Fit.
Advertisement

There I said it. No offence to my south of the border friends, for I have many. But the reality is, Mexico is not Japan, and although Honda manufacturing principles will be implemented and enforced in Honda’s newest manufacturing plant in North America, there's bound to be a bump or two on the release of the 2015 Honda Fit.

A new body platform and drive train will propel the Fit into its 8th manufacturing year. A Car and Driver “Top 10” pick since its inception in 2007, the 2015 Fit will offer a CVT transmission, more power, better mileage and a bit more cab room. That’s great. But what about the sticker price?

As reported here, the Celaya low to no waste manufacturing plant will be ready for production Q3 2014. The move is one of logistics for Honda.Closer to the market, lower EPA restrictions,a cooperative government, lower wages and a favorable climate, all add up to greater net profits for Honda while preserving a favorable price point for the consumer.

Corporations promote product marketing through advanced release ‘teaser’ photos. on Thursday 19, Honda announced the scheduled debut of the 2015 Fit at the January 13 American International Auto Show in Detroit. John Mendel Executive V.P. of sales for Honda of North America will present the new Fit, but that’s all they’re telling us.

So, we turn to Europe and Asia for a clue as to what Honda has in mind for your Fit of the future.
This is where the Vezel enters the picture. The Vezel is a ¾ size Honda SUV that shares the same “EARTH DREAMS” platform. as the Fit. Presently sold outside North America, it’s my opinion that the Vezel will be offered in the U.S. and Canada; filling the void left by exiting Suzuki, Geo. Also, I believe that dollars saved by manufacturing the Fit in North America will translate into, if not savings, at the least price stabilization for the retail buyer.

In researching price increases in Honda’s flagship Accord and mainstay Civic, we find that retail price has increased by no less than 15% over the past 3 years. Its rumored that the Fit will see a $3,000 increase in 2014-15. We hope not. Its a cute car but it isn't that cute. While we may attribute much of this to fluctuations in the exchange value of the U.S. dollar, one may also look to an increase in the cost of long-range shipping, fuel and payroll overhead; all reduced by manufacturing in Mexico.

To maintain the entry level price point of the Fit, Honda manufactures the car in 10 locations world-wide none in the U.S. or Canada. To date greater than 4.5 million Fits have been sold in 120 nations. By manufacturing in Mexico, Honda will off-set no less than 50% in associated labor cost, while reducing the cost of overseas transportation to North American markets.

Parks McCants wrote on December 21, 2013 - 9:23pm Permalink
Interestingly enough my fellow Auto Journalist jumped on the news of the Vezel coming to North America hours after I had mentioned it here at Torque News. Actually, I speculated on this move by Honda a month ago. Same wheel base, same Earth Dream CVT and 1.5 liter...
Tim wrote on December 23, 2013 - 3:17pm Permalink
The Vezel is a fascinating car. The question is -will it be made in Celaya? Regarding startup bumps, Honda has a better record than most for wringing out the bugs before release. As an engineer, I would still fall back on my philosophy- never buy anything with a low serial number.
Parks McCants wrote on December 23, 2013 - 9:50pm Permalink
Thank you Tim for dropping in. Good advice.