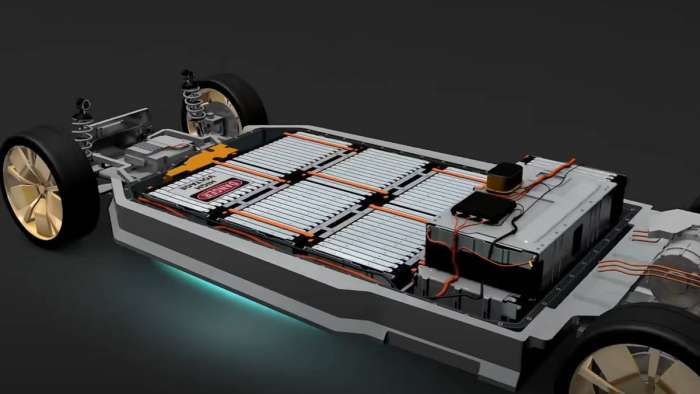 Why the 4680 Batteries Are Critical For Tesla's Future

The 4680 batteries are the most important things for Tesla to be focusing on for the future. Tesla's bottom line and net profit, along with ability to scale EV production will all come down to how well Tesla can ramp 4680 batteries.
Advertisement

Why the 4680 Batteries Are Critical For Tesla's Future

Batteries are the most critical component of an electric vehicle (EV). They are also the most expensive component presently. Tesla has recently started producing 4680 batteries, new batteries with a larger form factor and more efficient way of handling energy. Batteries are also the limiting factor for the production of EVs.

Tesla seems to have limitless demand. Whether Tesla uses 2170 batteries, 4680 batteries, LFP batteries, or any other type of batteries, Tesla may just sell out of every vehicle they produce for years to come. So why is it important that Tesla produces the 4680 batteries and why are they so important for Tesla's future?

Will the Chinese be able to take over the U.S. with their EVs? I think that's going to be very difficult. Chinese EV companies make a net loss on every sale still - they aren't making a profit. BYD has a profitable hybrid business, but they are still not at volume production. The Chinese can use LFP batteries though, right? There are not infinite LFP batteries. The point here is that Chinese EV companies are still far from profitable and have to ship all the way to the U.S. without any factories here. Tesla has a giant factory, Giga Shanghai, on China's mainland.

CATL has grown 167% year over year. This is the largest battery manufacturer in the world and is located in China. CATL reached 96 gWh last year in 2021, which is a lot of batteries. Tesla will have around 500 gWh, sometime in 2024. LFP uses old battery manufacturing processes, which means you need a large factory with a lot of equipment. It will be hard to scale.

It won't take long for the 4680 batteries to become the most produced battery in the world. The reason is for Tesla's new manufacturing processes and techniques. Tesla still needs as much LFP batteries as CATL can make. Standard range Model 3, which I have on order, is still a highly desired vehicle. With all the batteries Tesla is buying, they have an around 26% battery share in the world.

Elon Musk completely states how difficult how volume production is. BYD, an overrated company on vehicles and batteries. People believe that BYD will be making millions of EVs and be selling them everywhere. They are losing money on their pure EVs. Don't they have the BYD Dolphin, a compact car, that is going to take over the world? It's been hard for BYD to ramp production and reach volume production. It's easy to make nice cars at a small scale. But you must reach volume production at a profit. I will be watching BYD to see how they scale.

Tesla will have more batteries than all the Chinese companies put together. China does have the 10 kWh mini vehicle. But that vehicle is not safe at all. I wouldn't want to drive in one. Tesla is becoming the dominant battery manufacturer in the world. Once Tesla reaches volume production in the 4680 batteries, they will save around $8,000 per vehicle - at least for the Model Y. With that amount of savings, that is a 60% increase in EBIT, which goes all the way to net profit and earnings per share.

The new 4680 batteries will have the greatest impact on Tesla, along with all the new vehicle sales in Giga Texas and Giga Berlin. Nothing is as important for Tesla as ramping the 4680 batteries. They are the most impactful things since the Model 3 ramp to volume production.