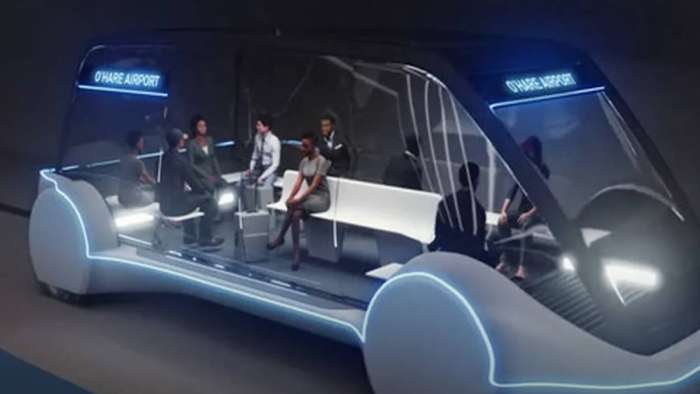 Tesla may make a robotaxi bus as their first dedicated robotaxi, according to Tesla Economist. From an economical standpoint and from a mission to save the climate, this makes sense. A robotaxi bus will replace many more ICE vehicles than a single Tesla vehicle.
Advertisement

Elon Musk announced that Tesla will make a dedicated robotaxi. This vehicle could end up being the Tesla robotaxi bus. This is because robotaxis may not come to the United States first. There are different rules for different countries, but the bus is a universal form of transport that will help congestion in countries that are worse than the United States.

The market for the dedicated robotaxi may be for other markets. The United States already has plenty of Tesla vehicles being made. Tesla owners can put their vehicle in the "fleet". The U.S. will have available robotaxis from owners and it will make sense for those owners to turn their vehicles into robotaxis.

One robotaxi will replace about 5 ICE vehicles. But this won't completely transition the world to sustainable energy. Even with a Model 3 and Model Y with 4680 batteries and having the best products, the move to sustainable energy will still be difficult. The climate must come first.

Tesla is going to make their highest impact vehicle - a robotaxi bus. In the U.S., a Model 3 or Model Y will replace about 5 ICE cars. But the robotaxi bus will have the most impact on climate change. It will replace up to 50 ICE cars or more. A dedicated robo-bus. It must fit as many people inside as comfortably and safely as possible.

There are 2 billion ICE vehicles on the planet that need replacing. Wouldn't it be easier if each electric vehicle replace 10, 20, or more ICE vehicles? That would be very efficient. A robo-bus would be much more efficient and cost effective, as well as make the transition and the mission faster. Again, it's all about climate.

You could order a bus with your phone and there may be a pickup place near by. There might be other passengers nearby. If you had passengers getting off all the time, you'd need to make sure there are long stretches of driving to make sure the travel time is good. These are things that AI or the brilliant minds at Tesla will have to figure out.

AI will probably learn the bus routes very quickly. And the best targets are for places where the most polluting ICE vehicles will be replaced. There are countries and areas outside the U.S. that really need the robo-bus. The Philippines and South America would benefit. India would also benefit.

Where should Tesla start with this? Tesla will make a ton of money regardless of where they start. If the bus has an average of just 5 times as many passengers, it's still going to be profitable. There will be far more willing to pool to spread out the cost.

There is a possibility that the robotaxi bus could be done in the U.S. first and in a way that those in the U.S. will feel comfortable with it. But with so many privately owned Tesla vehicles, it seems like it would make sense to start it elsewhere. We will have to wait and see what happens here...

The numbers for single passenger robotaxis are very "nutty". The numbers for multiple robotaxi buses around the world will be even more nutty. I'm excited to see what happens with this vehicle.