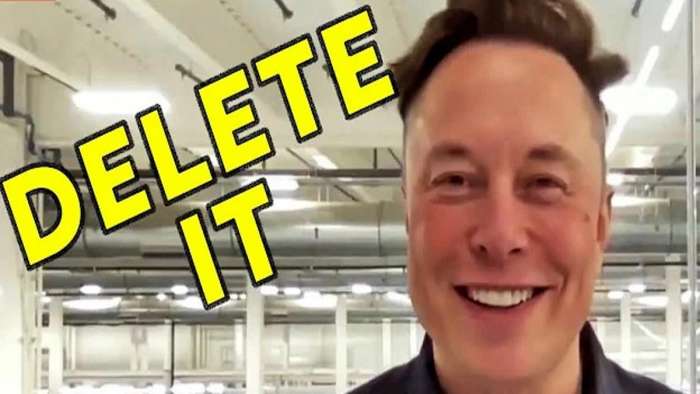 Tesla no longer needs any EV tax credits to pass for a discount on EVs (electric vehicles). The demand is so high, that it doesn't matter if the bill passes. Elon Musk was right - kill the bill completely.
Advertisement

A while back, I wrote about how the EV tax credit bill would take Tesla "to the moon". Well, it turns out that simply the demand for Tesla vehicles is taking Tesla, as a company, to the moon. This is an expression that Tesla is growing fast and will be worth a lot.

Elon Musk stated very clearly in an interview with the Wall Street Journal that the Build Better Back Bill should be killed completely - "DELETE" is what Elon Musk said. And he's right. The demand for Tesla vehicles is staggering. Here's what the demand is for Tesla vehicles, just from their website, is in the U.S.:

Not to mention, there's around 2 million Cybertruck pre-orders.

Note, the Model S Plaid is Tesla's most expensive vehicle by far, starting at $124,490. This is out of the price range of most U.S. citizens, yet there still is a 1 to 2 month wait for it. Most of Tesla's other vehicles that are more expensive have shorter wait times as well.

The two best sellers are easily the Model 3 RWD and the Model Y Long Range. With these wait times, Tesla doesn't need any more pressure to raise prices, which is exactly what they would have to do if the EV tax credit bill passes. This would put Tesla vehicles further out of reach for the average person.

Will the Bill Pass?

I'm skeptical that the BBB will pass - even if it's just the EV tax credit, I don't think that will pass. The U.S. just has too much debt on its hands. In order for things like this to happen, the U.S. is going to have to show that it can bring down its debt load - otherwise all programs will start to become out of reach.

In a strange sort of way, Elon Musk is doing all the things that the government should be doing, except he is doing it in the private sector. He is bringing renewable energy to the masses. He is creating green energy electric vehicles and energy storage. He's building reusable rockets.

The government is providing little value when it comes to doing these things and Tesla is leading the way.

To sum up, I don't think any bill is going to pass at all anymore. I thought it would last year, but not anymore. It's just to expensive for the U.S.

Does Tesla need the EV tax credit bill to be successful? What about other companies like GM and Ford? Will the bill pass?

DeanMcManis wrote on February 3, 2022 - 3:54pm Permalink
I do not think that the reason why Elon Musk wants to kill the BBB program is related to high demand for Tesla vehicles. It is because the BBB bill was specifically written to favor legacy automakers, and especially union operations. I'm sure that if it was a fair plan that would support ALL American EV producers equally he would have supported it. The cheapest Tesla that you can buy today starts at $45K, which is far above the $35K Tesla shown a couple years ago, and almost double the price of the proposed $25K Tesla, which has now been postponed indefinitely. That is far from bringing sustainable energy use to everyone, but much of that is outside of Elon's control. The EV subsidies are important for less affluent buyers who want to own an EV, hopefully for a comparable price to a gas powered car.
GR wrote on March 28, 2022 - 3:10pm Permalink
Right & why wouldn't a company want to be good to it's customers? Greed we guess.