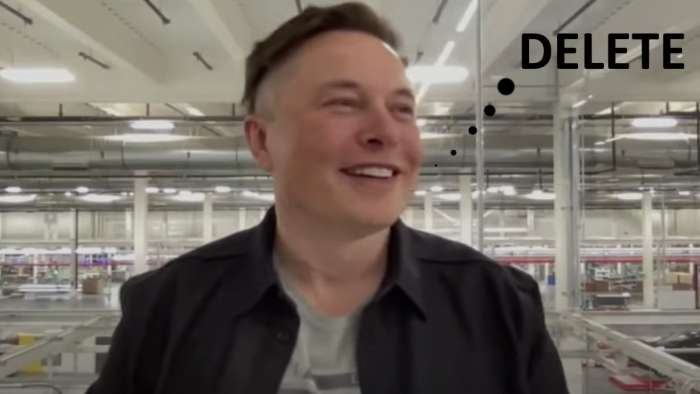 In a recent interview with the Wall Street Journal, Elon Musk was asked many questions. One was about the Build Back Better bill and the tax credit for EVs. Elon Musk simply said that the bill should not pass and should be deleted. Here's why he said this.
Advertisement

Elon Musk, in his interview with the Wall Street Journal said that he thinks the U.S. government should delete the entire infrastructure bill including tax credits for electric vehicles. That would include Tesla vehicles and would mean that an $8,000 tax credit would no longer be an option for Tesla purchasers.

I like that Elon Musk used humor during the video. He has a knack for being able to take tough questions and situations and being able to make them humorous. He said that nobody at Tesla is thinking muck about the bill. I think it's interesting he's saying this when the tax credits would take Tesla stock "to the moon".

There are many companies that would benefit from the tax credit bill including Ford, General Motors, and other EV startups like Rivian and Lucid, along with Tesla. Elon Musk saying to delete the entire Build Back Better was a little shocking to me at first. Why would he say to not do a bill that would accelerate the world's transition to sustainable energy?

The Real Reason He Said Delete the Bill

Elon went on to say that government spending cannot continue like it is and that at some point, something has got to give. At some point, the government will not be able to keep up with its debts and take care of the American people. Therefore, one of two things, in my opinion, is going to happen.

The first is the government will have to dramatically reduce spending and actually balance its budget. I think that means cutting things in half like Social Security, Medicare/Medicaid, and the Military. And I don't mean small cuts either. I mean huge cuts across the board.

I think this is the only option because the other option is much more harmful and scary. And that is for the government to continue spending like it is and to eventually not be able to meet its obligations and to have a default on the debt. This would crush the U.S. dollar as a currency and ruin the U.S. as a country.

Elon did say that the government should be an impartial referee and take care of roads and highways, along with science.

I'm a little nervous about government spending. As of right now, the U.S. national debt is about $29 trillion. Even if the government saved $1 trillion per year, that would not be enough to make a meaningful dent in the debt. It would take 29 years to repay and that is assuming no new debt and a large cut to spending. The government should work to get to a 0 sum amount of money as quickly as possible with no debt and function like a well run business.

I don't think that will happen though. There's too much money affecting decisions and spending. There's too many "tentacles" that are involved in politics and the government. So I think it will be this:

I think the government will wait until just the last possible moment to make the decision to start a cut to spending. But by that point, I think it will be too late. I wish this wasn't true. It's better to have the pain and discipline now and not when the debt becomes a crisis. I think someone or some organization is going to disrupt the U.S. government. And it could involve cryptocurrency and a corporation like Tesla.

Either way, its concerning and will lead to a crisis without adjusting course now. I just don't think that's realistic with so many "hands in the pie" of politics. In other words, buckle up and get your popcorn ready for a future show with the U.S. government and its debt.

What do you think about Elon Musk talking about not having a tax credit bill? Is this a good idea? Is his reason of government spending a good one?

Parth D wrote on December 23, 2021 - 6:05pm Permalink
All we see is the problems these politicians, (R) and (D) create every year. They give themselves 100% raise, and take money out of people for other things. I don't mind getting some tax credit because that's all people like us can get back. Want to get rid of national debt? Get rid of all these old politicians who has nothing better to do but give themselves everything.