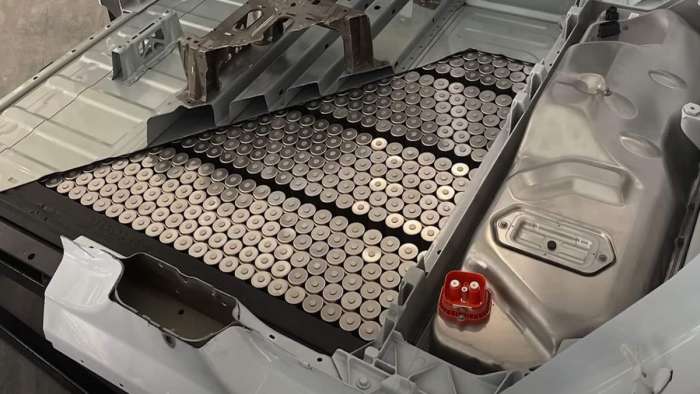 Tesla could be under-utilizing its 4680 battery cells in Giga Texas made Model Y's and allow for a future software upgrade to unlock the additional range and performance of the battery.
Advertisement

The 4680 batteries in a Giga Texas Model Y have about 828 cells. There is also a chance that Tesla is limiting the range and performance of these batteries and the reason may be necessary.

Tesla is using software upgrades to improve their vehicles by having extra batteries and power that could give more performance and range than the car is actually capable of having. If you knew you could remedy that with a $5,000 software upgrade, it might not bother you as much.

There is some amazing battery chemistry in the 4680 battery cells. It's the anode with the additional silicone added along with the graphite. We don't have a break down of how much silicon is being used in the anode. This is where the "magic" is happening in the battery.

Tesla has been working on the 4680 batteries for about 3 years and have been working on it very hard. It will be very important to have a strong energy density for the Cybertruck and the Tesla semi.

The battery volumes for the Model Y made in Giga Texas is about 110 liters against the Model Y long range built in Fremont, at 107 liters. That's a 2.8% more volume difference in the jelly roll - the actual can of the 4680 cell. This means more space and a higher kWh.

There are also improvements in the chemistry being worked on and that will take time. The 4680 battery pack could be closer to 85 kWh and perhaps the total usable battery is 93 kWh. This is a pretty good sized battery and the actual range being used is about 15 kWh less than what the size is.

Do you think Tesla is not utilizing all of the 4680 battery in their cars? Will there be a software upgrade to get more range out of the battery?