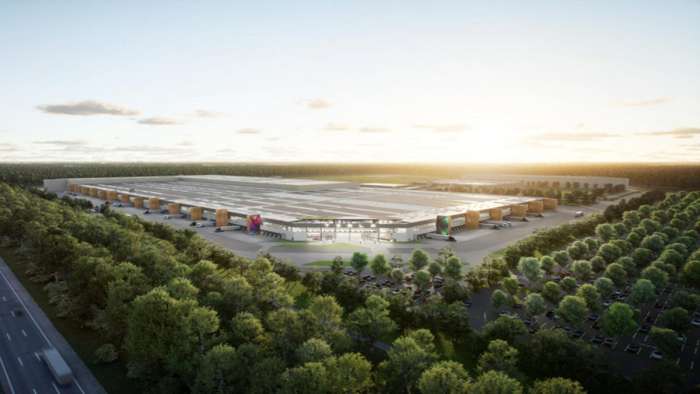 Tesla Fed Up With EU for Giga Berlin, Rejects $1.5 Billion in EU Funding

Tesla has rejected around $1.5 billion dollars worth of funding from the EU for Giga Berlin. This is just a few weeks of operating cash flow for Tesla, and with all the frustration Tesla has had getting Giga Berlin up and running with EU red tape, this is a smart move by Tesla.
Advertisement

This Stipulation Was the Straw That Broke the Camels Back

The EU (European Union), a collection of European countries adopting the Euro as a currency, has required that any sites in receipt of funding must be the "first industrial deployment" of the technology, according to official documents, meaning the 4680 batteries Tesla produces cannot already be made at another Tesla plant.

But legal challenges to the construction of the plant have delayed its opening by several months, meaning the company, whose valuation hit $1 trillion earlier this year, is likely to begin producing the same batteries elsewhere sooner.

My take: Tesla won't take subsidies they don't need even if they could get them — It's all about accelerating the world's transition to sustainable energy & integrity. https://t.co/p2J7YcSOE7

If you listen to the latest Tesla Daily video from Rob Mauer, you'll note that $1.5 billion is just a few weeks of operating cash flow for Tesla. Since Tesla is making a nice profit and has plenty of cash, it doesn't need to bend to the stipulations of the EU to only make the 4680 batteries in Giga Berlin.

This is just more delays and red tape for Giga Berlin to open. It'll be a miracle if Giga Berlin is even able to make a single car for a customer this year due to all the hoops Tesla is having to jump through to get things going.

It's smart for Tesla to reject the EU. In fact, Tesla should reject any kind of union as well for Giga Berlin. We've heard reports that Giga Berlin employees are trying to unionize and Tesla stock and benefits provided by Tesla are such a better incentive than anything else that could be provided.

Giga Shanghai, which is in a communist country, China, got off the ground much quicker than Germany. Germany should be ashamed of the red tape and delays to Giga Berlin and the progress of sustainable energy.

When Will Giga Berlin Deliver Cars?

I don't think Giga Berlin will deliver cars this year. It's likely going to be sometime in Q1 of 2022. I'm disappointed in all the barriers to entry Germany and the EU has provided. If Tesla could go back in time and do this again, I bet they would find another European country to set up in.

Once Giga Berlin starts delivering cars, Germany is going to start to see how amazing the cars are, and I think that will be the end of red tape and delays. It's getting to that point that is the difficult part. My estimated date for first deliveries: March 1st of 2022.

What do you think of the EU requirement for Tesla to make 4680 batteries at Giga Berlin only? Is this fair from the EU? Will Giga Berlin ever start deliveries of vehicles?

J.A wrote on November 28, 2021 - 7:59pm Permalink
You lost me after you falsely claimed that "The EU (European Union), a collection of European countries adopting the Euro as a currency." The two are not related whatsoever.