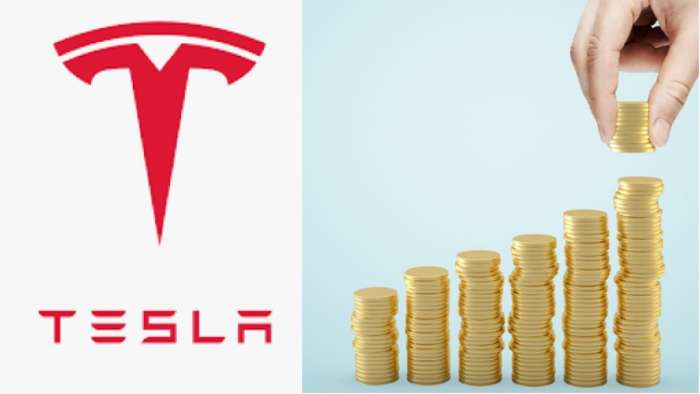 Tesla will be having its earnings call on Monday, July 26th, 2021. Recently the stock has been underperforming the market, but I believe this quarter is going to surprise on the upside and that the market is undervaluing Tesla.
Advertisement

Tesla will have their earnings call on Monday, July 26th, 2021. What can we expect from this earnings call? Tesla's stock has recently been in a slump. Is there a good reason for this? Or is the market just scared of Tesla's bitcoin purchase and the volatility of bitcoin? Is Tesla's price earnings ratio too high and is it way too overvalued? Is anything going well for Tesla? Will the stock start going back up? Let's answer these questions now!

Why the Market is Undervaluing Tesla

I believe the market is undervaluing Tesla due to the following:

Let's address these concerns each and I will share why they are completely wrong and that Tesla is actually poised to start greatly increasing its earnings and is UNDERVALUED.

Tesla having a high price earnings ratio is because Elon Musk has stated numerous times that he expects Tesla to grow 50% or more each year for the next several years at least. I think it's highly possible that this growth will continue close to the year 2030. To answer this question, let's look at Gary Black and James Stephenson, two very experienced and thorough Tesla analysts:

4 tweets summarizing my forecast
11 tweets with updated charts
5 tweets with charts that didn't change, for those who haven't seen them

Both analysts see the company as undervalued even at its current price earnings ratio. There are three primary drivers for this:

Tesla continues to improves its manufacturing capabilities. Even with the Bitcoin loss, Tesla will have a large increase in Q2, 2021 from Q1, 2021. Let's take a look at what the price earnings ratio will be given the predicted earnings from James Stephenson at a $644 stock price (with a 649 price earnings ratio). Price earnings is determined from GAAP net income summed over the last twelve months.

To put it simply, the price earnings ratio of Tesla is going to very quickly go down if stock price doesn't go up making it more and more attractive compared to other companies. Many "tech" companies or growth companies have price earnings ratios from 90 to Tesla's 649. Amazon was around 90, but earnings have pushed it under 70 now.

Tesla is Just a Car Company

Tesla is most definitely not just a car company. They already have autopilot steering on freeways, and a full self-driving set of software that is in Beta (version 9). They also have an energy business. There is also the potential for ride sharing with both human assisted driving and driverless cars once full self-driving reaches level 5. Tesla is not just a car company and this should be obvious to most people.

Tesla has lot some money on its Bitcoin

I'm not worried about Tesla losing a little bit on its earnings due to Bitcoin going below what Tesla paid for it. The amount per share is miniscule and will be backed out as a one time loss. To understand this more, look at this Tweet from Gary Black:

1/ My est excludes a ~$.06/sh ($80M) #btc impairment charge, which most will back out as non-recurring, but which the media will amplify.

Tesla Has Seen a lot of FUD

Tesla has certainly seen a lot of FUD in China and elsewhere. Recently, Elon Musk has partaken in a trial to defend Tesla's purchase of Solar City, when in fact, 85% of shareholders were in agreement to this. There have been apologies in China for fake reports of brake failures and it seems like there is a constant need to combat sensationalized news against Tesla - all because I believe Tesla is a superior company to all others. In fact, demand in China is very high:

Used MIC M3 market is on fire.“We have seen a big jump in transactions involving used Tesla cars,” said Tian Maowei, a sales manager at Yiyou Auto Service in Shanghai. “The pace of growth in demand has surprised many dealers, and it will continue to surge.”
https://t.co/W8lpUPANQW

There is Competition Coming

There have been many reports that competition is coming for Tesla. Let's take a look at a few highlights of the competition compared to Tesla:

So far, the competition has not yet shown its ability to catch up to Tesla. There are other fears in the market right now, but these are the main ones pertaining to Tesla specifically.

I predict that Tesla's trailing twelve month earnings per share will be about the 1.88 James Stephenson is predicting. It could be less, but I think he's close. This is going to greatly reduce Tesla's price earnings ratio. As that goes down, I expect investors to realize the rapid growth of Tesla and to start investing more.

What do you think about Tesla's upcoming earnings call? Will they continue to grow, or will they show sideways growth?