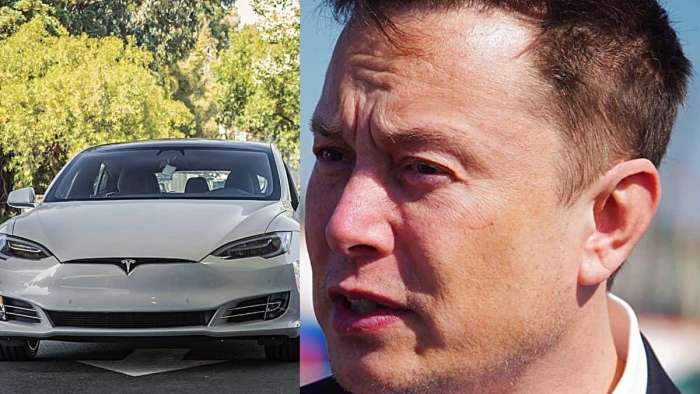 Tesla Shock: There Won't Be an Auto Industry Like This in 10 Years

In many ways Tesla is driving many carmakers ahead of itself. Andreas Boes, a sociologist from Germany, examined the effects of the "Tesla shock" on IG Metall, Germany's largest auto union, and concludes that the results are clear.
Advertisement

Who is afraid of Tesla? This question almost always resonates when people talk about the future in the German automotive industry. In all interviews with managers and experts from the industry, the US electric car manufacturer is "the elephant in the room," says sociologist Andreas Boes, director of the Munich Institute for Social Science Research (ISF). On behalf of IG Metall, he examined the effects of the Tesla shock on German industry - and expects radical changes in the coming years, writes Welt journalist Daniel Zwick.

“The auto industry as we think we know it won't exist in ten years,” said Boes at the digital Hannover Messe. The industry has to leave its old development path and really reinvent itself. From his point of view, Tesla gave the decisive impetus for this. "The California company puts its finger in the wound," said Boes.

Founder Elon Musk's electric car factory in Grünheide near Berlin is due to start production as early as July. Allegedly, the construction of the plant is on schedule, even if the final approval from the authorities is still missing. Even before production started, the technology pioneer and world market leader in all-electric vehicles had already arrived in the minds of many car managers in the country of birth of the automobile. "The automotive industry feels downright, challenged by Tesla," observed Boes.

At Volkswagen in particular, the managers are working very hard on their electric vehicles and EV mobility projects. This is due to CEO Herbert Diess, an avowed fan of Elon Musk. He regularly uses the competition from Tesla internally to put pressure on his employees and move the huge corporation in the direction he wants.

Bernd Osterloh, Chairman of the Volkswagen Group Works Council, does not agree with the CEO's euphoria. "I believe that the hype is an overestimation of the actual situation at Tesla," said Osterloh in the panel discussion at the fair. "When it comes to many things, such as the chassis, Volkswagen is simply better. Where Tesla is ahead of us at the moment - and the Board of Management of Volkswagen doesn't like that - is the company's own expertise. They build their own chips and make their own software. We buy all of that." says Osterloh.

From his point of view, the question is where the added value in the vehicle will take place in the future - for example, whether battery cells will be manufactured in Germany. In the future, it's not just about software and new business models. However, this will determine the change in the industry.

"Tesla is the herald of a new way of production," said Boes. The most important competitors in the future would be technology groups such as Google or Alibaba. Volkswagen prepared for this as early as 2019. "I saw similar trends at Mercedes and BMW in the last quarter of last year," said Boes.

It is taken for granted that Elon Musk does not believe in trade unions and employee participation based on the German model. Nevertheless, the functionaries of IG Metall, the dominant metalworkers' union in Germany, have so far largely held back criticizing Tesla.

"It is a positive sign when a company like Tesla settles in Brandenburg," said Thorsten Gröger, district manager of the Lower Saxony and Saxony-Anhalt trade union. “Co-determination, working conditions regulated by collective agreements make companies more innovative and successful. I would advise Mr. Musk to see that, ”he said. Tesla has not yet responded to talks offered by the metalworkers in Brandenburg.

The company also goes its own way on the employer side. Even without being a member of the Association of the Automotive Industry (VDA), Tesla exerts political influence. For example, last week Musk wanted to see if the European governors are ready to go unconventional paths. In a letter to the Berlin Higher Administrative Court, Tesla criticized German planning law in detail and presented ten points that affect the construction of projects such as its own factory could accelerate in Brandenburg.

In the letter, the company offers itself as "Amicus Curiae" (friend of the court) in a lawsuit brought by Deutsche Umwelthilfe against the federal government. The goals of the lawsuit are supported, according to Tesla.

Krischer told the Heilbronn Voice, saying "Tesla names what has long been bothering many others in connection with the energy and transport turnaround in Germany: Fifteen years of CDU-led federal governments have led to climate protection projects all too often being stuck in bureaucratic and unclear procedures. This slows down the transformation that we needed to achieve the climate goals, especially with the expansion of renewable energies or the turnaround in transport."

"Don't Be Afraid of Tesla"

The German automakers are now parrying the attack from Tesla with a large number of electric vehicles. On Thursday, Daimler will present its long-awaited flagship EQS - an electric car that also makes a significant contribution to the self-confidence of managers. “We are at the forefront of movement with the vehicle,” said Christoph Starzynski, Head of Electric Vehicle Architecture at Mercedes-Benz, at an “Automobilwoche” event. Compared to Tesla's Model S, the EQS is larger and more luxurious. "We are in the process of defining a segment," said Starzynski.

The theme of the event: “Don't be afraid of Tesla. Who is ahead in the electric car race?” It was certainly a coincidence that both discussions took place one after the other. But the setting of the topic shows: The elephant is definitely still in the room, especially now, after Tesla is promised a federal funding for its battery factory at Giga Berlin.