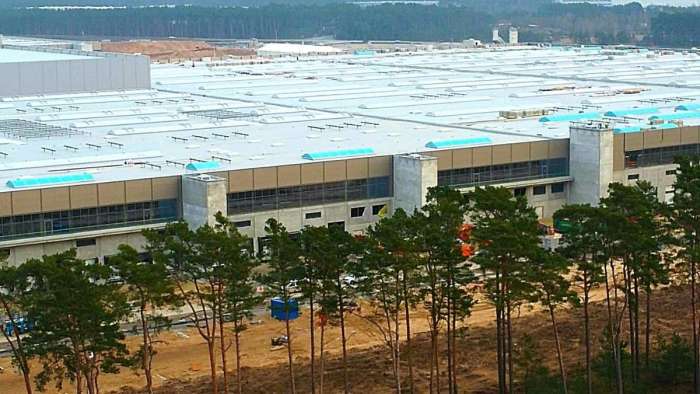 Tesla has been building its new plant in Grünheide near Berlin for months - so far only with provisional approvals. Now Tesla CEO Elon Musk is trying to impose his will and speed on the German authorities - and speaks of "glaring problems."
Advertisement

Tesla criticizes the approval process for its electric car plant near Berlin. The US electric car manufacturer argues in a statement that the factory is helping to combat global warming by spreading e-mobility. "The German approval framework for industrial and infrastructure projects as well as for spatial planning is in direct contrast to the urgency of planning and implementing such projects, which is necessary to combat climate change," criticized Tesla.

"Particularly irritating" for Tesla is that 16 months after the application there is still no schedule for issuing a final approval. The "most glaring problem" is that in current procedures and laws, projects that fight climate change and those that accelerate it are treated equally. Tesla has so far built the plant with preliminary approvals . The work was repeatedly interrupted following the procedure of environmental associations.

We just got a new update on this subject, as one top politician supported Tesla and its frustration with Giga Berlin's approval delays, in a statement.

Tesla expressed itself in a proceeding between the German Environmental Aid (DUH) and the Federal Republic before the Higher Administrative Court Berlin-Brandenburg (OVG 11A22 / 21). The DUH demands that the federal government be forced to set up a program to achieve the national climate protection target of 2030. Tesla submitted the statement as a "friend of the court" as it was in the interest of the trial to share the experience.

In German court proceedings, however, the role of the "friend of the court" is not intended, so Tesla's position will not play a role in the decision. The DUH "took note of Tesla's statement with interest," says managing director Sascha Müller-Kraenner, according to a report from the Welt. Tesla is hoping for a positive effect on its own approval process for the factory in Grünheide.

Tesla wants to start production in its first European plant in Grünheide in Brandenburg in the summer and over time will manufacture 500,000 cars per year. The US electric carmaker is currently building the Giga Berlin with preliminary approvals. The work has been repeatedly interrupted following the procedure of environmental associations.

According to the report, Tesla also criticizes the fact that most documents still have to be submitted in paper form. Digitization should therefore be mandatory, demands Tesla.

In the statement, Tesla proposed ten measures to improve the approval processes. This includes accelerated procedures for sustainable projects as well as consideration of indirect effects on the environment. At present, indications of relatively minor local consequences could prevent positive projects on a larger scale, argued the US company. Tesla also criticized the fact that public participation "encourages abuse" by some of the current regulations. Large hearings rewarded "volume instead of substance." 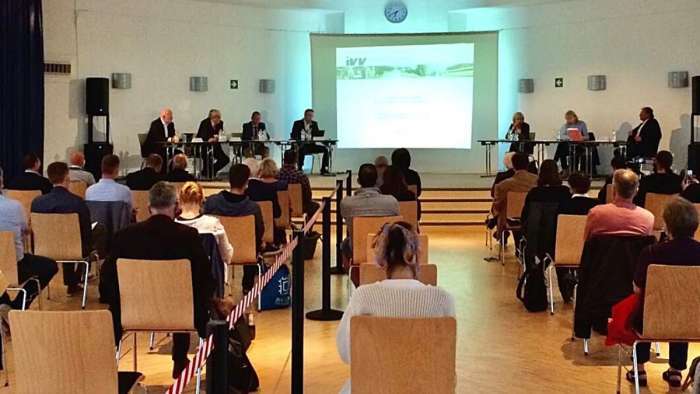 At present, indications of relatively minor local impacts could prevent large-scale positive projects. DUH boss Jürgen Resch replied, according to Welt , "under no circumstances should civil society's opportunities to participate" be restricted. Müller-Kraenner adds that he is "not sure whether Tesla has the same goal as we."

Tesla plans to start production at Giga Berlin in the summer and over time will manufacture 500,000 Model Y SUVs per year. If the company reaches its production target in Grünheide, around 15 million tons of CO2 emissions could be avoided on Europe's roads every year, argues Tesla. Delaying approval by a month would "lead to over a million tonnes of additional CO2 emissions." If unnecessary delays were eliminated and the final approval decision accelerated, Germany could achieve its goals as set out in the Federal Climate Protection Act.

According to the Manager Magazin, the German Association of the Automotive Industry (VDA) reckons that the Tesla plant could create 10,000 jobs. Politicians should therefore be interested in quickly resolving the conflict with Tesla.