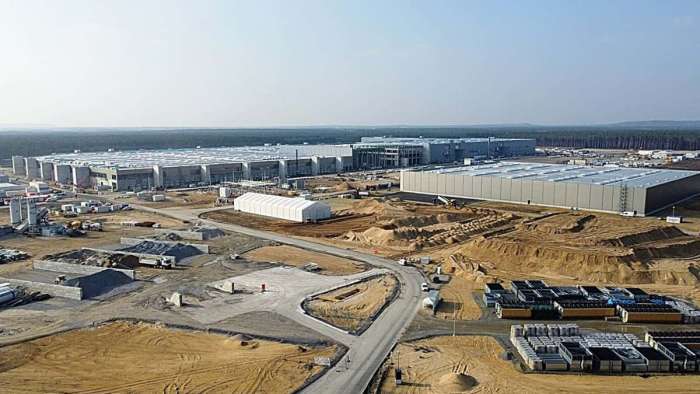 German Deputy: Tesla Names What Many Others Also Have Problems With

At Giga Berlin Tesla names what many other companies also have problems with. Climate protection projects are all too often blocked by bureaucracy and unclear procedures
Advertisement

Krischer told the Heilbronn Voice, saying "Tesla names what has long been bothering many others in connection with the energy and transport turnaround in Germany: Fifteen years of CDU-led federal governments have led to climate protection projects all too often being stuck in bureaucratic and unclear procedures. This slows down the transformation that we needed to achieve the climate goals, especially with the expansion of renewable energies or the turnaround in transport."

Krischer added: "The CDU-led federal governments have increased the problem over the electoral periods instead of reducing it. So-called acceleration laws have often had the opposite effect and created legal uncertainty. It has not been possible to better interlink the individual steps in complex proceedings."

According to Presse Portal the Greens politician also emphasized that "the potential of digitization is hardly used in approval procedures. In addition, clear regulations are finally needed for good and early public participation and uniform standards for environmental and species protection. This is the only way to ensure a high level of planning security."

In a statement on Thursday, Tesla reprimanded the approval process for the factory in Grünheide near Berlin. Tesla said "the German approval framework for industrial and infrastructure projects as well as for spatial planning is in direct contrast to the urgency of planning and implementing such projects, which is necessary to combat climate change."

"Particularly irritating" for Tesla is that 16 months after the application there is still no schedule for issuing a final approval. The "most glaring problem" is that in current procedures and laws, projects that fight climate change and those that accelerate it are treated equally. Tesla has so far built the plant with preliminary approvals . The work was repeatedly interrupted following the procedure of environmental associations.

To be fair to the German government, please also see this video from our Youtube Channel explaining why Tesla Giga Berlin factory is still not fully approved.