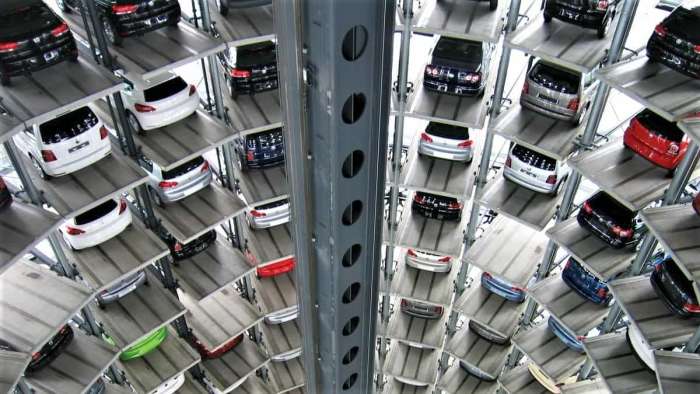 Here’s a summary of the recommended best midsized SUVs that hit the sweet spot where reliability, size, and 5-year depreciation make these midsized SUVs very attractive for smart shoppers. Plus, 3 tips on shopping for a used SUV to avoid a lemon.
Advertisement

Today, analysts from Consumer Reports released their list of 6 recommended five-year-old midsized SUVs that are a combination of significant savings and reliability for SUV shoppers looking for a good deal in a used SUV that has the room SUV owners are looking for without new SUV pricing.

3 Tips Before Buying That Used SUV

While it is easy to get excited when you’ve found one of the 6 recommendations from CR analysts, don’t be too hasty about closing that deal. Taking a little time and effort can save you a lot of money and headache down the road by making sure that you’ve followed the advice from these 3 tips when evaluating a used car deal.

Tip #1: Look for Signs of Odometer Fraud---Odometer fraud is one of the easiest scams some used car dealers resort to for deceiving unwary car buyers. This is especially common on models that look like they have not been driven that much by its previous owner.

To know what to look for and how to tell if that SUV might have a faked odometer reading, check out this article titled “The Most Important Used Car Scam Everyone Should Be Aware About” for some very pertinent information:

Tip #2: Look for Signs of Flood Damage---This is another money-making scam some used car dealers resort to that works quite well because they have gotten good at not only hiding the damage, but also counting on the fact that electrical problems due to flood damage don’t appear until months later after corrosion has had time to set in and develop.

To know what to look for and how to tell if that SUV might have been in a flood, check out these two articles titled “Used Car Seller Tricks to Resurrect a Flood Damaged Car” and “How to Spot A Used Car Being Flipped After a Hurricane” to protect yourself from this kind of scam.

Tip #3: Just Because it is in Writing Doesn’t Mean it’s True---Used car scammers are aware that car shoppers know that checking a car’s history online is easy to do. So, they try to get ahead of you by handing you a printout of a car’s history report and/or their in-house maintenance checklist to appear to be credible when in fact they have selectively left out information or altered the documents.

In other words, the onus is on you to make sure that what is in writing is actually true.

To prepare yourself for this possibility of a dishonest dealership, here’s a warning from one mechanic who has seen this happen: “Scam Alert: What Dealerships Don’t Want You to Know About Used Car Inspections.” Plus, how some dealerships will scam used car buyers with bogus pre-owned car certifications as explained in this article titled “Consumer Reports Warns Used Car Buyers About Certified Pre-Owned (CPO) Car Scams.”

That all said and done, here is a summary of reliable 5-year-old midsized SUVs from the 2017 model year that are ranked from first to sixth in terms of reliability.

For additional articles about recommended car deals from Consumer Reports, here’s a recent one titled “Midsized Sedans Under $20,000 with the Best Fuel Economy.”

COMING UP NEXT: Understanding Cars: Is This F-150 Really in Limp Mode?