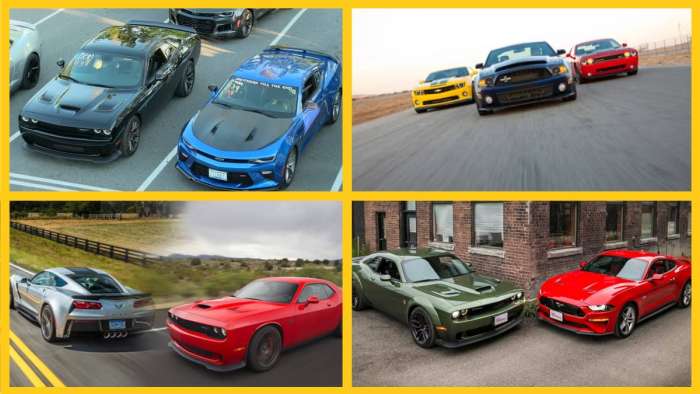 A Monolith Of Style: The Challenger Reigns Supreme

The Dodge Challenger was first wrought in its original form in fall of 1969, the 1970 model year. It doesn’t have quite the lengthy pedigree of the Ford Mustang of Chevrolet Camaro; especially if you consider that the Challenger doesn’t have an uninterrupted list of production years until the most recent iteration which has now lasted from 2010. There were major interior upgrades in 2015, but we’re still waiting to see when or if any major changes will be made to the exterior anytime soon.
Advertisement

The Challenger doesn’t have the super aerodynamic lines of many of its peers. It’s heavy. It’s huge. It hurls itself down the drag strip and annihilates tires with rip-roaring ease. Its blunt and brutal exterior evokes the muscle cars of yore. The real myths of American automotive history, like the Plymouth Barracuda, have similar aerodynamic profiles; that is: one of a brick wall.

We love these blunt instruments of mechanical will nevertheless and sales of the Dodge Challenger have outpaced those of the Ford Mustang; as have sales of the Dodge Charger, the 4 door muscle sedan that has had a few more exterior changes than the Challenger but still remains bulky and brooding in its demeanor rather than light and sporty like its competitors. If we just base customer interest on sales, the Dodges win out. If we base interest on number of high-jackings and joy-riding incidents… the Challenger wins out again… although that might be a little embarrassing, it does demonstrate that people really want to drive this car, by any means necessary.

It is my belief that the aesthetic of the Challenger is one of its biggest boons and that because Dodge hasn’t changed the look, enthusiasts still flock to it because it just keeps getting better mechanically while the exterior remains the familiar façade that we know and love. A popular phrase goes “If it isn’t broken, don’t fix it,” and I feel that it definitely applies here. 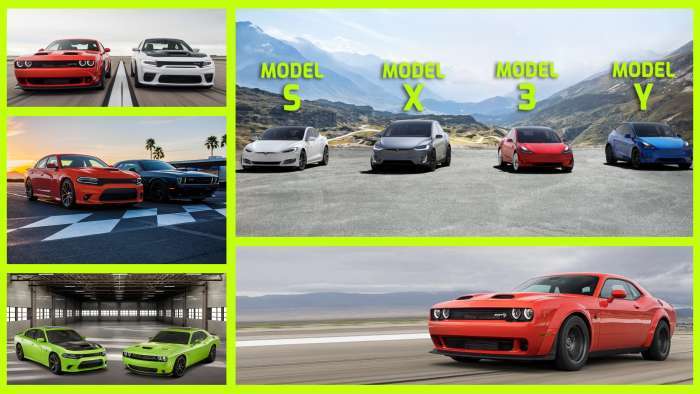 I find that it’s interesting to note that combining the sales figures of both the Charger and Challenger to compare against the Tesla Model 3, we see Dodge coming ahead. I combine the two cars because I feel that it is not fair to compare the ONLY car model available from a brand to just one model. If Tesla made a coupe and a sedan, I would say that it would be fair to compare the Charger to the sedan and the Challenger to the coupe, but if you’re going to compare the Charger, the Mustang, and the Model 3, you really need to include the Challenger, because it’s the more direct comparison for the Mustang. I suppose it is fair to note that there's also the Tesla Model S, with an introductory price of almost 75000, but this is still a sedan albeit a sedan with a 2.3 second 0-60.

If Dodge ever chooses to change the face of the Challenger, it will be a bold move. I think that a massive performance upgrade is going to be the only thing that will be able to support major changes to the aesthetic. My supporting evidence here is the Chevrolet C8 Corvette. It’s seemingly going to have only a 5 year run which is fairly short for the vehicle that has had only 8 major iterations, compared to the Mustang, with “7 generations” but typically two major aesthetic changes present in each of those generations for many more options of what image the word Mustang evokes in the mind of the automotive enthusiast.

The changes that the Challenger could use the most are those that will affect the grip of the vehicle. The Challenger does now come in an All-Wheel Drive (AWD) variant that sticks to the pavement quite nicely, but only comes with a 301 horsepower 3.6 L V6, but we have yet to see a V8 crammed into the “GT” model of the Challenger. You of course will hear me gripe about the lack of manual transmission in the AWD GT Challenger, but I’ll not bore you with my love of rowing through gears.

Will we see an AWD Hellcat Challenger anytime soon? What about an electric model?

Either of these options would be amazing to see implemented and would make for, in my opinion, a fun drive; so here’s hoping we’ll get lucky soon and see some performance changes to the built-like-a-brick vehicle.
Aerodynamic changes would be a great idea for making the Challenger more competitive in the speed arena, not that it’s not already blisteringly fast with 0-60 mph times down in the Three-and-a-quarter second range for the Super Stock option. And again, the aesthetic seems to be one of the main selling points for the Challenger, so it’d have to be subtle tweaks for hopefully big gains in aero-influenced grip and handling.