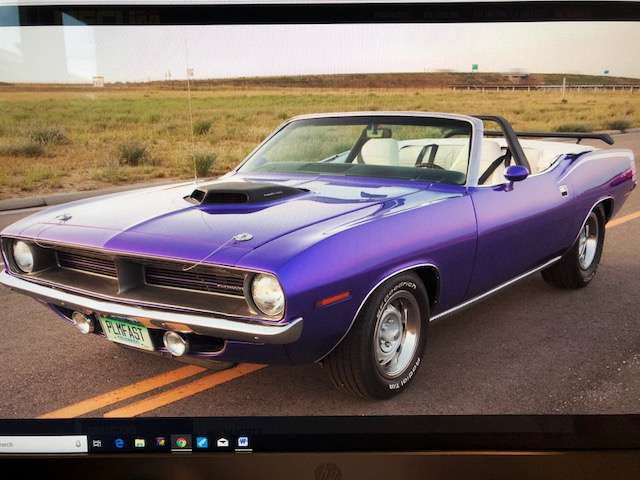 The Denver Mecum auction is celebrating its 4th year in the "Mile High" city and some of the prices at this year's auction were sky high as well!
Advertisement

Mecum Auctions are back in Denver for their 4th annual auction, and some of the collector vehicles are bringing in huge numbers. A 1970 Plymouth Barracuda, in the dazzling color of Plum Crazy, drew an astounding $181,500. The Barracuda has a 650 horsepower Hemi engine, shaker hood, and race-prepped 727 automatic transmission with Pistol Grip shifter. The pristine example of motor-city muscle went through a documented 4 year restoration. It won the 2011 Goodguys Rocky Mountain Regional competition for Mopar Muscle. Although the Plymouth division of the Chrysler Corporation no longer exists, there has been talk of bringing back the muscle car as a Dodge Barracuda.

Approximately 600 vehicles and a couple of boats crossed the auction block, in Denver, June 8 & 9, 2018. Not all of the cars met their reserves prices and some fabulous collector cars sold without reserves.

Mecum has found that Denver is a great and growing market for collector cars, for a number of reasons.

Denver’s economy is booming and that mean many people have extra money to invest in a special or collector car.

Denver is a great tourist destination city. Many of the buyers and sellers are interested in visiting the area and taking in the sights as well as attending the auction. A spokesman for Mecum Auction, John Kraman, told me in the past that people came from 38 different states to attend the Denver auction. Sellers from 20 different states consigned their vehicles here.

Also, Denver is drawing in residents from all of the country, many of whom may have cars to sell.

Plus, the Denver climate is perfect to maintain highly collectible vehicles. Denver has mild weather and the road crews don’t use salt, so there very few problems with rust or body rot.

It is expected that the Denver Mecum auction will only grow as it gains more notoriety. This year was the first time that it was featured on NBCSports network. The additional publicity may draw more buyers and sellers to the event.

Mecum was expecting to do $10 million in sales over the two auction days. Final numbers aren’t in but it looks as though they may easily meet those figures.