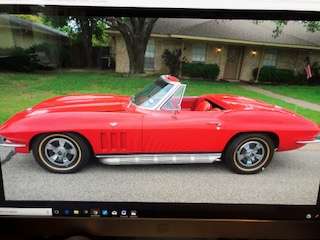 How Mecum is Gearing Up for the Denver Classic Car Auction

Denver is quickly becoming a prime market for Mecum Auctions. Mecum already has 450 vehicles signed up to be sold in Denver. A spokesman for Mecum explains why Denver is growing as a collector community.
Advertisement

Kraman says that Denver is quickly becoming one of their more attractive venues. They already have 450 vehicles that are consigned to be sold and they expect to have at least 600 for the event. In all, Kraman expects $10 million in sales over the two days.

New this year, the Denver Mecum Auction will be televised in its entirety. Mecum averages about 300,000 viewers per show. Last year, it was only broadcast on the company’s website. The added coverage may drive up the bidding on the vehicles.

There are several reasons that Mecum Auctions believes that the Denver market for collector cars will continue to grow. Denver’s economy continues to grow at a torrid pace. The unemployment rate is at record lows. Even though housing costs are rising, many people still have extra money to spend and the classic car market is still considered a strong investment.

Kraman says that Denver is popular as a destination city. Many buyers are tying their trips to cities they want to visit. The buyers can take in all of the tourist sights, like the mountains and national parks, plus see the spectacle of the auction. Last year, Kraman said, people came from 38 different states to attend the Denver auction. Sellers from 20 different states consigned their vehicles here.

Just look around you at the different license plates and you’ll see that Denver is drawing residents from all over the country and many are bringing their love of classic vehicles here with them. Plus, Denver’s relatively mild climate is perfect for preserving old vehicles. The state doesn’t use road salt, and it has very low humidity. Body rot and rust are relatively non-existent in most Colorado vehicles. Many of the vehicles sold here are in much better condition than cars that started their lives in the Midwest and out east.

The Mecum Auction will take place at the Colorado Convention Center in Denver, June 8-9, 2018. Tickets are $20 in advance and $30 at the door.

LG's New EV Battery Plant Is a Welcome News for Tesla
Tesla Giga Berlin's New Hurdle: It's Not Only the Gov't, but Now Tesla Itself
END_OF_DOCUMENT_TOKEN_TO_BE_REPLACED