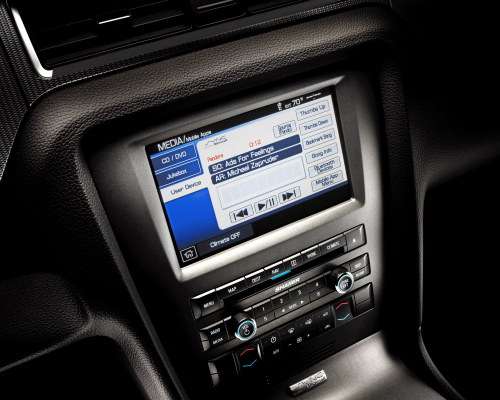 The connectivity segment of the auto industry is now becoming like the cell phone industry, where fickle consumers tire quickly of the latest gizmo and leave it by the roadside for the next big thing that comes along; and leases of GM, Ford, Toyota and others are directly affected.
Advertisement

Name a car brand; all are affected. In much the same way a cell phone user switches to a newer version with upgraded features before completing the two-year contract, drivers and car enthusiasts are starting to feel the same itch, as General Motors Company (NYSE:GM), Toyota Motors (ADR: TM), Ford Motor Company (NYSE: F), Mercedes-Benz, Audi and others have to learn to play by a new set of consumer demands which are resetting their marketing rules.

We have seen this kind of industry transition before. Witness Apple Computer (Nasdaq: AAPL) which is in a fast-moving, “what have you done for me lately” industry. Industry analyst, Hillary Kramer, is selling AAPL, obviously not because it makes lousy products, but because staying on top means sky-high expectations and requires constant brilliance - a tough act to keep up.

Cell phones are not much different either. Research by the Pew Internet Project, for example, showed that 42% of U.S. adults now own a smartphone. Yet, way before your contract expires, at least two or three next-gen products will likely come out; and consumers are being given the option to step up; and, point is, the numbers taking that step are on the increase.

Well, change channels to the auto industry which is connecting the automobile as though it was an iPad and a cell phone put together on a platform with wheels. Consumers are starting to react to tech changes there, too; and are increasing their desire to step up before their lease contract runs out.

It wasn’t that long ago when the auto industry thought the web was a passing phase. Now all of them have giant web presence. Unfortunately, by the time they realized it, the technology changed toward social networking. Enter Facebook, LinkedIn and others.

Point is, the auto industry has to now play by a whole new set of rules the majority in management have been ill prepared, no matter how many degrees or MBA associations they may have had.

LeaseTrader.com, the most recognized name in car leasing, says more people are escaping their lease because they view cars similar to cell phones and crave newer technology features and upgrades more frequently

That means many auto owners are now trading in their cars, not for the next propulsion system, but for the next level of connectivity technology. In much the same way a cell phone user switches to a newer version with upgraded features before completing the two-year contract, drivers and car enthusiasts are starting to feel the same itch.

Top Cars On LeaseTrader.com For Technology Trades include:

LeaseTrader.com says its lease-escape rate for this reason has jumped 37.6 percent since 2009. During the previous five-year period from 2004-09 this pool of people grew a tepid 12.3 percent.

“Consumer electronics is an area that’s so important to people today – even non-techies,” said Doug Newcomb, senior editor of technology for Edmunds.com. “The average consumer wants to enjoy the same type of technology features in their car as in their home or smart phone.”

Prior to 2009, the vast majority of drivers using LeaseTrader.com as a way to change vehicles because of technology features resided primarily among higher end luxury and European vehicle leases. 85.3 percent of all trading activity took place among BMW, Mercedes-Benz, Audi, Infiniti and Lexus. Since 2009 that population has changed drastically, with Ford (16.2%) and GM (11.1%) stealing a much larger share within the category combining for 27.3 percent of trades.

A lot of the technology being traded for goes well beyond 9-11 assistance, made popular by GM and OnStar. Today, voice-recognition technology, the ability to synch a smart phone with a vehicle, social media capabilities, and local entertainment and dining searches are all popular technology sought out by the leasing crowd. What’s more, these drivers are enjoying better access to vehicle diagnostics, as well as the ability to get stock quotes, movie times and sports scores at their fingertips or through voice command.