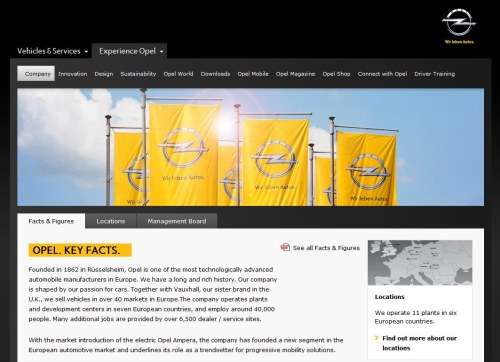 The sedan will make its world debut at the 2012 Moscow Auto Salon taking place between August 29 – September 9 of this year, where it will share the floor with the rest of the Astra family. Plus, note the video gallery of photos.
Advertisement

Thanks to a catchy Tweet, this reporter found a cool piece of news not readily available even on the usual GM media site in the U.S.

The line at GM Authority read as follows: Meet the new Opel Astra sedan — the European twin to the Delta II-based Buick Verano and Excelle GT available in North America and China, respectively. The sedan, which joins the hatchback, wagon, and GTC variants of the Astra, marks the completion of the Astra family — Opel’s most-popular vehicle line.

Be apprised that GM Authority considers itself the “Ultimate Independent Destination For Everything General Motors,” including a blog, forum, podcast, and video channel. For that reason, I could not legally use their photos; and as soon as the TorqueNews team can find one, I will post it. However, I did find a video on YouTube and placed it below.

I have fond memories of working on the Saturn version of the Astra before I retired. Fact is, it was an Opel Astra that needed to be federalized in order to meet the U.S. market. Worked hard as in lots of hours. Me and one other studio design engineer in the GM studio created the zone and limit models as part of the surface criteria. It met the timing so the surfaces got released on time.

We had multiple studes and meetings, too, just to squeeze a cup-holder or two, as Germans smoke in their cars more than they drink. All in all, it was a swift looking small car. This newest sedan, though, looks far more conservative; and with good reason. It is based on the same platform as the Buick Verano.

According to the GM Authority website, though, Opel CEO Karl-Friedrich Stracke is quoted as saying, the new Astra four-door — just like all the other Astras — was engineered in Rüsselsheim and “offers a high level of technology and widely recognized quality”.

For the record, the sedan will make its world debut at the 2012 Moscow Auto Salon taking place August 29 – September 9 of this year, where it will share the floor with the rest of the Astra family.

In an earlier news release from the Geneva Auto Show 2012, Opel is currently marking its 150th anniversary year. So, expect lots of product offering to help mark the occasion.

Toyota's First EV Will Have a Name of BZ: Toyota BZ
First Videos From Inside The Boring Company's Las Vegas Loop
END_OF_DOCUMENT_TOKEN_TO_BE_REPLACED