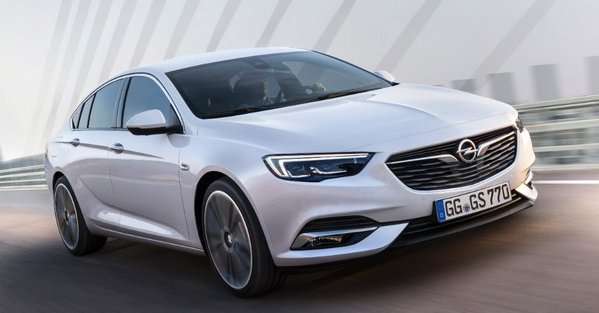 General Motors announced this morning that the company well sell the Opel and Vauxhall automotive operations in Europe and all of the accompanying assets with those brands including 11 production facilities and an engineering center to PSA – with a purchase price of 1.3 billion Euros or $1.376 billion US dollars.
Advertisement

General Motors has long operated in Europe with their Opel and Vauxhall brands, but with today’s announcement, it appears as though GM will focus their efforts on other markets. With the sale of both Opel and Vauxhall to the PSA Group. PSA is best known for their Peugeot and Citroen brands, and in adding Opel and Vauxhall, PSA will be Europe’s second-largest automaker behind only Volkswagen Auto Group.

“We are proud to join forces with Opel/Vauxhall and are deeply committed to continuing to develop this great company and accelerating its turnaround. We respect all that Opel/Vauxhall’s talented people have achieved as well as the company’s fine brands and strong heritage,” said Carlos Tavares, chairman of the Managing Board of PSA. “We intend to manage PSA and Opel/Vauxhall capitalizing on their respective brand identities. Having already created together winning products for the European market, we know that Opel/Vauxhall is the right partner. We see this as a natural extension of our relationship and are eager to take it to the next level. We are confident that the Opel/Vauxhall turnaround will significantly accelerate with our support, while respecting the commitments made by GM to the Opel/Vauxhall employees.”

Selling Opel and Vauxhall
While several outlets have incorrectly reported that PSA Group is paying General Motors $2.3 billion US dollars for the Opel and Vauxhall brands, there are actually two deals combined into that price.

PSA is paying General Motors 1.3 billion Euros (about $1.376 billion US dollars) for Opel, Vauxhall and the assets associated with those two brands, which is the first part of the deal.

The second part of the deal relates to GM Financial’s European operations, which PSA is also buying for the price of roughly 900 million Euros, or $953 million USD.

In total, GM is selling the majority of its European operations including their lending division, the Opel brand and the Vauxhall brand for 2.3 billion Euros or $2.434 billion US dollars – but buying the two brands technically only cost PSA $1.376 billion USD.
The $1.376 billion purchase price of the Opel and Vauxhall brands include the intellectual properties of the two automotive brands, six assembly facilities, five component manufacturing facilities and one engineering center across Europe (GM will continue to operate their engineering center in Torino, Italy. PSA will gain roughly 40,000 employees through the acquisition of the two brands.

“We are very pleased that together, GM, our valued colleagues at Opel/Vauxhall and PSA have created a new opportunity to enhance the long-term performance of our respective companies by building on the success of our prior alliance”, said Mary T. Barra, GM chairman and chief executive officer.

What About the Cars?
Many of the current Opel and Vauxhall vehicles are built on General Motors underpinnings with GM drivetrains, and under PSA, those models will continue to rely on GM technology such as the Opel Ampera-E, which we know as the Chevrolet Bolt. However, PSA will begin to work on replacements for the Opel and Vauxhall lineups using their own bits and pieces in the coming years.

With the decision to sell Opel, Vauxhall and their European lending division to PSA, General Motors is effectively ending their European efforts to focus on other key markets. The continued boom in China makes that a key market for GM, along with the United States and Australia, and with their R&D efforts being shifted away from Opel, Vauxhall and Europe as a whole – it will be interesting to see what GM has planned in the coming years for the remaining markets.

The changeover of ownership of these brands and facilities will take time, but GM expects that the closing will be completed by the end of 2017.