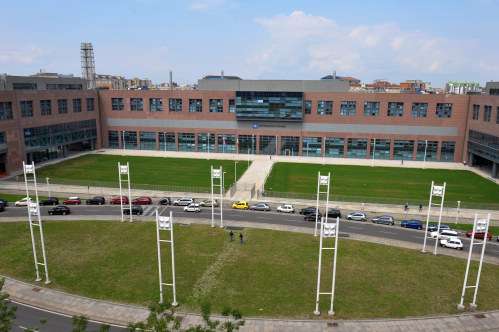 Diesel engines, first invented in Europe, have long been known for their fuel efficiency and power. So, when General Motors Company (NYSE: GM) opted to add the engine to its 2013 Chevy Cruze, its Euro roots and connections at the GM Powertrain Engineering Development Center in Turin, Italy became the obvious choice.
Advertisement

When it comes to developing a diesel-powered Chevrolet Cruze for the U.S. market to be introduced in 2013, General Motors Company (NYSE: GM) powertrain engineers have been there and done that – half a million times last year alone. In other words, this is not their first day with diesels, which may have been a concern with those who remember diesels of the past.

This time around, there will be no dependence on just American expertise as there was in the 1980s. The 2013 Chevy Cruze Diesel will leverage global powertrain expertise that has helped make GM’s fuel-efficient diesel engines popular options around the world.

The photo shows GM Powertrain Engineering Development Center in Turin, Italy, which is the project leader for the U.S. Chevrolet Cruze diesel; and is the engineering center responsible for the engineering for the majority of the over half a million small-displacement GM diesel engines sold throughout the world last year.

For the record, GM has already sold more than half a million diesel-powered cars across Europe, Asia, Africa and South America last year, including 33,000 Cruzes. So, the American diesel is not a new entity. The introduction of a diesel option for Cruze – one of the top-selling gasoline-powered cars in the United States in 2011 – is expected to fuel GM’s diesel car sales success.

Diesel engines have long been known for their fuel efficiency and power. Due to a higher compression rate in the engine cylinders and greater density of energy in diesel fuel itself, diesel-powered engines are able to produce more power per gallon than gasoline-powered engines.

Also, according to this reporter’s research of the past three years, the future split cycle engines that are still in the labs are capable of being configured as diesels. So, it would be wise not to count this combination of engine technology out by any means. Furthermore, the cost is far less to manufacture than present EV technology.

According to the GM news release about the Cruze, powertrain engineers at GM’s diesel center of excellence in Torino, Italy, are working daily with counterparts in Pontiac, Mich., to develop a world-class engine that delivers outstanding fuel efficiency and torque while providing a smooth, quiet ride. In addition, GM engineers in Russelsheim, Germany, are supporting the program by developing the accessory drive, acoustic cover and other specialized components.

“The market for diesel cars in the U.S. is small at present, but is expected to grow due to Corporate Average Fuel Economy requirements and expected increases in gas prices,” said Mike Omotoso, powertrain analyst at LMC Automotive. “So far, the German automakers haven’t had any diesel car competition in North America. GM could do well with it, particularly with younger buyers who don’t have the old prejudices against diesel.”

“U.S. customers are going to be pleasantly surprised when they get a chance to drive the Chevrolet Cruze diesel,” said Mike Siegrist, 2.0L diesel assistant chief engineer. “Our global team is providing diesel engineering expertise that will give U.S. Cruze customers great quality, torque and fuel economy in a car that’s both fun to drive and practical at the pump.”

“We’re able to put the diesel engines through rigorous testing to ensure they operate optimally under a wide range of conditions and also can be integrated seamlessly into the production vehicle,” said Pierpaolo Antonioli, managing director of the Torino Powertrain and Engineering Center. “We’ve pushed these engines in the labs so that the customer can depend on them in real-world driving situations.”

“In terms of outward appearances, the difference between the diesel and gasoline engine is going to be difficult to discern,” Siegrist said. “GM’s advanced technologies provide a seamless transition from a gasoline to a diesel car. You get the benefits of the fuel economy and power while preserving a smooth, quiet ride.”

Finally for the record, General Motors Company (NYSE: GM, TSX: GMM) which came out of bankruptcy and just recently celebrated its first year as a new IPO, is still one of the world’s largest automakers, tracing its roots and its partners produce vehicles in 30 countries. Furthermore, the company has leadership positions in the world's largest and fastest-growing automotive markets. GM’s brands include Chevrolet and Cadillac, as well as Baojun, Buick, GMC, Holden, Isuzu, Jiefang, Opel, Vauxhall and Wuling, not to mention OnStar.

danwat1234 wrote on June 3, 2012 - 1:26am Permalink
I hope it comes standard with auto start/stop and electrical energy recuperation.

Panasonic Updates Profit Forecast, Noting How Much Tesla Batteries Help The Jump
2022 Porsche 911 GT3 Laps Nurburgring in 7:04 With Journalist Behind The Wheel
END_OF_DOCUMENT_TOKEN_TO_BE_REPLACED