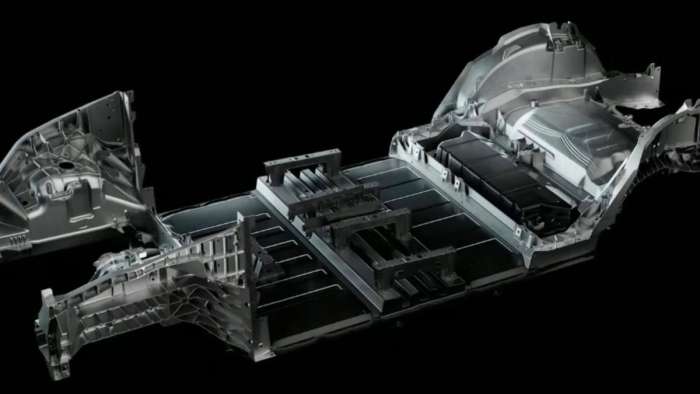 According to a new research paper published by Tesla's battery research team head by Jeff Dahn, the group has discovered a new nickel battery chemistry that can last 100 years. The new battery couples the high energy density of nickel batteries with the long life cycle of lithium iron phosphate cells.
Advertisement

Tesla currently has a battery research partnership with Dr. Jeff Dahn of Dalhousie University in Canada. Jeff Dahn is one of the top researchers in the lithium-ion battery field and his lab has already achieved notable improvements to battery tech such as extending the lifetime of a lithium-ion battery pack to over a million miles.

Tesla initially signed a 5-year partnership with Jeff Dahn and his lab in 2016 and in 2021 the EV maker extended the partnership for another 5 years. With the new deal, Tesla will have exclusive rights to breakthroughs coming out of Dahn’s lab until 2026.

In addition to Dahn, Tesla has also added Dr. Chongyin Yang and Dr. Michael Metzger as Tesla Canada Research chair and Herzberg-Dahn Chair respectively. Dr. Yang has been working on materials and devices for energy conversion and storage for more than a decade.

At Tesla, Dr. Metzger’s research group focuses on developing new methods to study the performance and lifetime of advanced lithium-ion batteries, lithium metal batteries, and desalination batteries. The goal is to create a fundamental understanding that will help develop new electrode materials and electrolytes for stationary and electric vehicle batteries.

And today, Tesla has begun to reap the fruits of the new partnership with Dahn’s lab announcing new battery chemistry that can last 100 years. In a paper titled “Li[Ni0.5Mn0.3Co0.2]O2 as a Superior Alternative to LiFePO4 for Long-Lived Low Voltage Li-Ion Cells” Dr. Metzger and Dr. Dahn detail a new nickel based battery with a superior life cycle.

“Single crystal Li[Ni0.5Mn0.3Co0.2]O2//graphite (NMC532) pouch cells with only sufficient graphite for operation to 3.80 V (rather than ≥4.2 V) were cycled with charging to either 3.65 V or 3.80 V to facilitate comparison with LiFePO4//graphite (LFP) pouch cells on the grounds of similar maximum charging potential and similar negative electrode utilization. The NMC532 cells, when constructed with only sufficient graphite to be charged to 3.80 V, have an energy density that exceeds that of the LFP cells and a cycle-life that greatly exceeds that of the LFP cells at 40 °C, 55 °C, and 70 °C.”

This means the new cell is the best of both worlds with a long life cycle while at the same time maintaining the higher energy density of nickel-based chemistry.

Tesla finally flipped the switch on its superchargers in Europe. https://t.co/hVKNQddM3E
-#Tesla pic.twitter.com/KsDfVoAHkX

Related News: Tesla Beats All Premium Brands In Q1 2022: Sells More Cars In The USA Than BMW, Lexus and Mercedes-Benz

With a 100-year capacity, a battery pack will be functioning long after the vehicle has degraded. This breakthrough although in its infancy and with limitations in operating voltage and temperate can, however, in the long run, make battery packs basically last for life.

As of now, it’s not clear if and when Tesla plans to use the new batteries in the company’s vehicles. However, we will be sure to keep you updated as we learn more about Tesla’s battery plans. Until then, make sure to visit our site torquenews.com/Tesla regularly for the latest updates.

So what do you think? Excited to see new battery chemistry that can last 100 years? How do you think this breakthrough will change Tesla vehicles? Let me know your thoughts in the comments below.

For more information check out: Tesla To Build New EV Plant in Indonesia